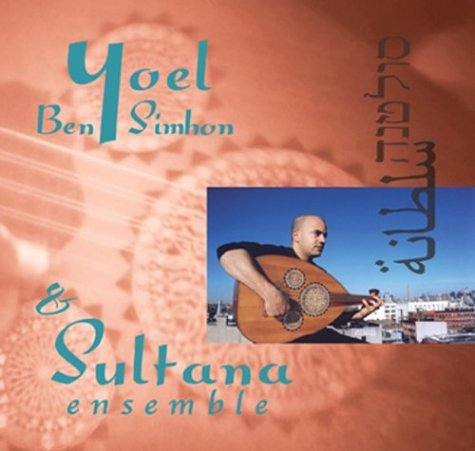 As a child, composer/instrumentalist Yoel Ben-Simhon was immersed in the Moroccan-Jewish culture of his parents and grandparents, who emigrated to Israel in the late 1950s: "My grandmother Sultana was always my babysitter. At her house, I was exposed to my family's Moroccan and Arabic heritage. It was in the language they spoke, the tobacco my grandfather Mimon sniffed, the food they ate, and the music they picked up via short wave radio from Morocco. We went to a Moroccan synagogue, and I heard the music there, too; both liturgical hymns and secular songs." With the musicians and dancers of the Sultana Ensemble, Ben-Simhon blends the sights and sounds of his childhood in Israel with those of his adulthood, spent as a working musician in the United States. The resulting project is as personal in conception as it is global in scope, mixing elements of Moroccan, Andalusian, Sephardic, and Middle Eastern music and dance with Latin jazz.

"h3"Amazon.com "p"Integrating of different music genres seems to be the domain of remixers and electronic artists these days, but not always. New York-based oud player and singer Yoel Ben-Simhon and his group eschew the turntables and postproduction knob-twisting in favor of acoustic small-group instrumentation. A Jew of Moroccan descent, Ben-Simhon uses the Sephardic music tradition (which fuses Jewish and Arabic styles) as a base for composing his own songs; at the same time, he also seamlessly incorporates elements of the entire Mediterranean Diaspora as well as a little jazz. Highlights include the voice-driven "Forgiveness Hymns," a Ben-Simhon original that uses a traditional Moroccan hymn as the refrain. Featuring violin, viola, and cello as well as Ben-SimhonÂs oud, the elegant "Eastern Winds" goes off in a different direction as it combines Western classical music and Arabic rhythms into a remarkably seamless whole. The leader is well-supported throughout by the Sultana Ensemble, but there is no doubt that Ben-Simhon is a newcomer to watch. "i"--Tad Hendrickson
"h3"Review "p""Ben-Simhon has composed a rich and satisfying listening experience that draws together the many divergent strands of his life." -- "i"Tom Pryor, Editing Manager, Global Rhythm Magazine"br""br""The music of Yoel Ben-Simhon amp; Sultana Ensemble is very memorable and he assembled a very talented ensemble" -- "i"Aviva Weintraub, Director of Media and Public Programs, The Jewish Museum in NYC"br""br""Yoel BenÂSimhonÂs music is not only highly accomplished, but also evocative of extraÂmusical images and ideas." -- "i"Paul Moravec, Composer and head of the music department at Adelphi University "h3"About the Artist "p"Yoel Ben-Simhon, composer, singer, oud, guitar and piano player is an Israeli born of Moroccan parentage. His Moroccan heritage is deeply imbedded in his musical work as he strives to preserve the music he heard as a child, Andalusian and Moroccan music. Ben-Simhon has committed himself to researching the relationship between Jewish and Arabic music of the Middle East and promoting the artistic exchange between the two cultures. In doing that he creates a unique experience with distinctive and vibrant sounds. In this path of exploration Ben-Simhon has studied Middle Eastern, classical western and jazz music as well as voice techniques. He pursued his academic studies at the Mannes School of Music and received his B.A. and M.A. in music composition from Hunter College in 1998. He has studied with mentors Paul Moravec and Simon Shaheen. Currently he continues to study the oud and classical Arabic music with Bassam Saba and at The Arabic Music Retreat. Ben-Simhon is the founder and composer of the "Sultana Ensemble", a group comprised of musicians from both Arab and Israeli descent. The musicians are: Rachid Halihal, Jay Rodriguez, Emmanuel Mann, Yousif Sheronick, Hicham Chami, Tomer Tzur and few geust artist. Recently, Ben-Simhon produced and arranged the music for a CD recording for the Ladino-fusion band "Sarah Aroeste", in which he also plays and sings. Among his other activities, Ben-Simhon composes music for the visual medias, for movies like : "Concert Joe", "Shaheed", and "A Job To Win" and has orchestrated the music for the off-Broadway musical "God of Vengeance". Ben-Simhon continues to study, create, perform and promote the music of the Middle East. In doing so he also hopes to foster the artistic dialogue between western and eastern cultures, communities, and individuals specifically between Jews and Arabs.

Classic Mercedes-Benz E320 drop-top was treated to a host of AMG modifications before it was brought to the U.S.

Unicorn Amongst Unicorns: CLK GTR No. 19 Leaves Us Stunned

This particular ‘Straßenversion’ of the iconic 90’s GT race car has gone sight unseen for 15 year until now. You won’t want to miss this.

Mercedes-Benz Vision AVTR concept’s new BCI interface is like something straight out of a futuristic sci-fi movie.

IAA Motor Show has moved from Frankfurt to BMW and Audi’s Munich backyard, and Mercedes brought a whole EV army with it.

Participate In The Forums

Create new posts and participate in discussions. It's free!