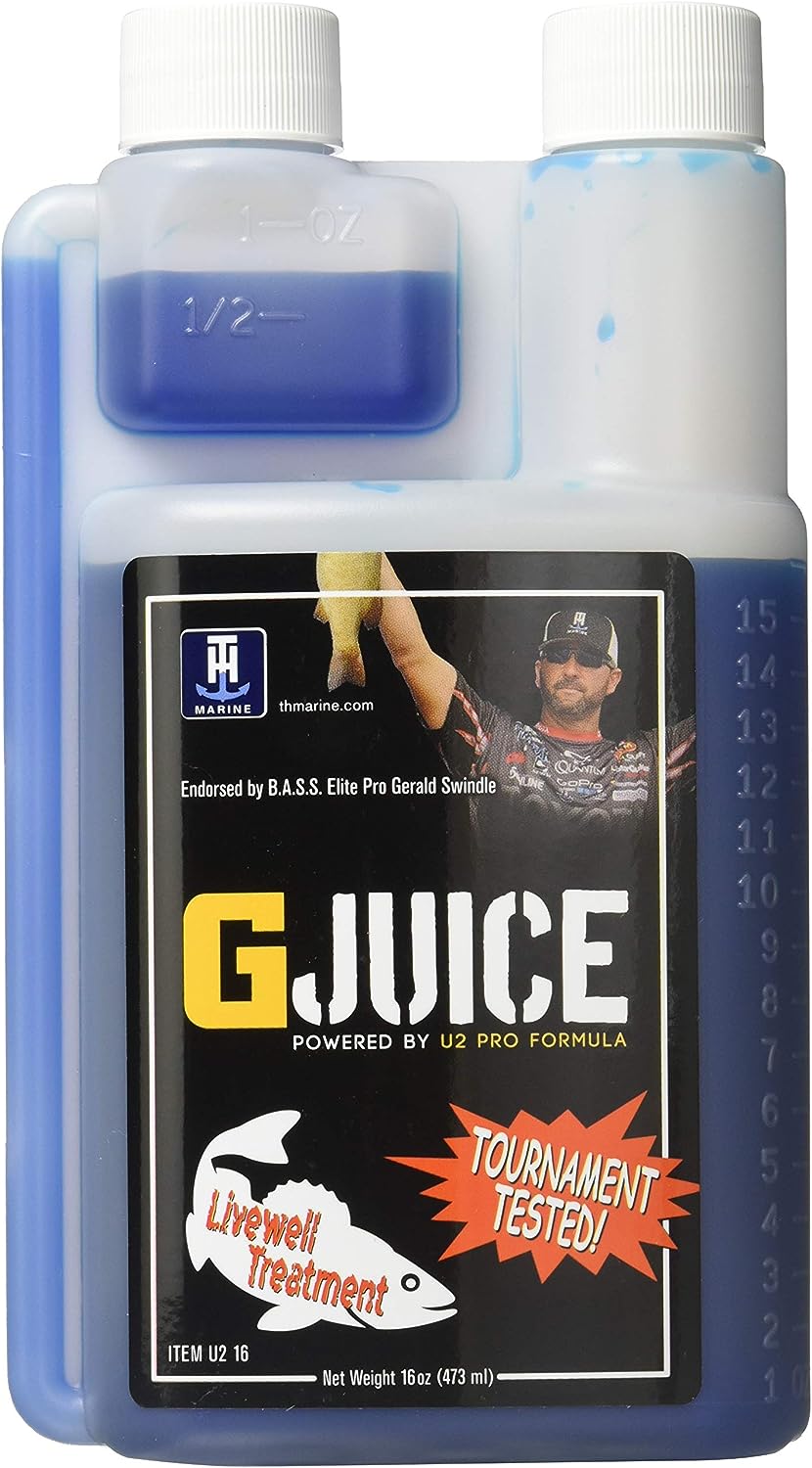 G-Juice - formerly known as U2 Pro Formula - was developed from over 15 years of research spent in the bait fish, fish transporting, and sport fishing industries. G-Juice is not only a convenient liquid, but also a single phase full functional water conditioner for use in fresh water and salt water. G-Juice should be used when conditioning water entering the live well, bait tanks, minnow buckets and in fish transport situations.