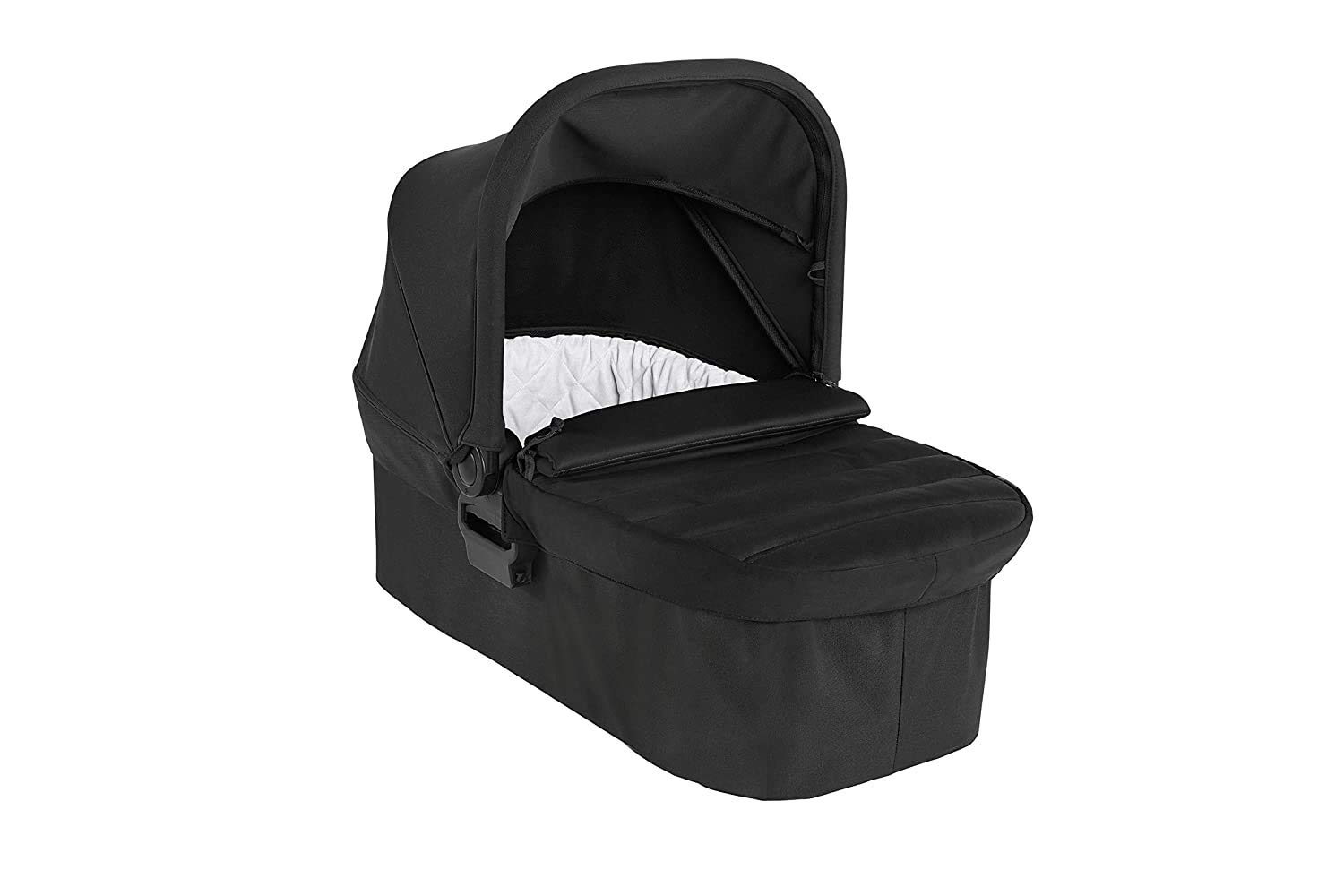 The City Mini 2/City Mini GT2 Pram offers your newborn a soft and comfortable spot to ride with a luxurious quilted interior, a large UV 50+ canopy, a foot cover and wind guard to help protect baby from the elements. The plush mattress pad is machine washable and it stays cool in the summer with an air vent in the canopy to increase airflow. Includes the adapters needed to attach the pram to the stroller.