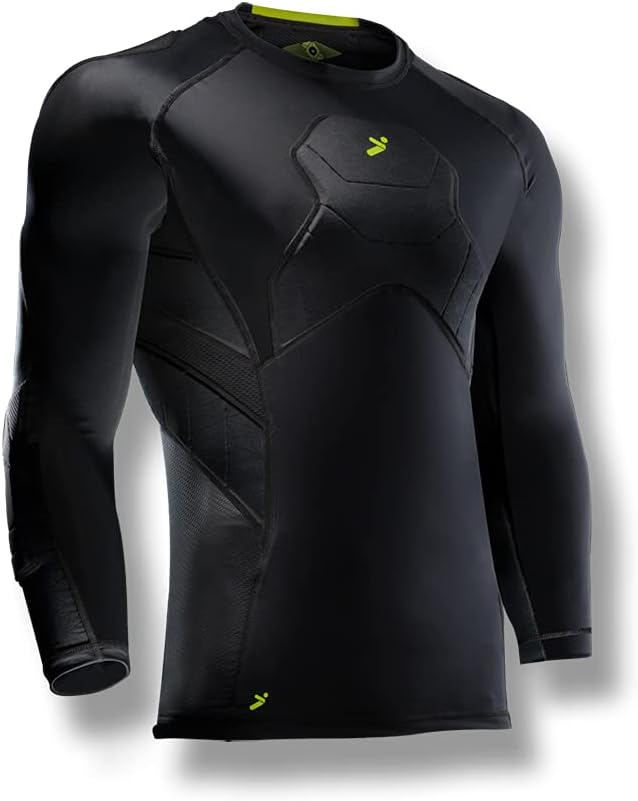 This BodyShield goalkeeper layer is a technical 3/4 length undershirt armored with XRD Extreme Impact Protection. This padded shirt provides light flexible yet heavy-duty protection on all the areas exposed to impact when diving (elbows shoulders ribs). It features a slow-rebound foam chest pad to reduce the sting of hard shots to the chest. Ultimately this protective layer makes it easier to block the ball far better than other padded shirts. The BodyShield GK 3/4 undershirt is the go-to choice for competitive keepers from youth soccer all the way up to the Premier League. Details Prevent cuts bruises and contusions; features 2-piece elbow construction that follows the bend of your arm ergonomic rib padding and shoulder protection that respond to impact more firmly and effectively without impeding movement. Features innovative slow-rebound chest pad to make saves easier. Armored with XRD Extreme Impact Protection ergonomic pads on shoulders elbows and ribs. Compression moisture wicking fabric with strategically placed breathable mesh panels for maximum comfort.