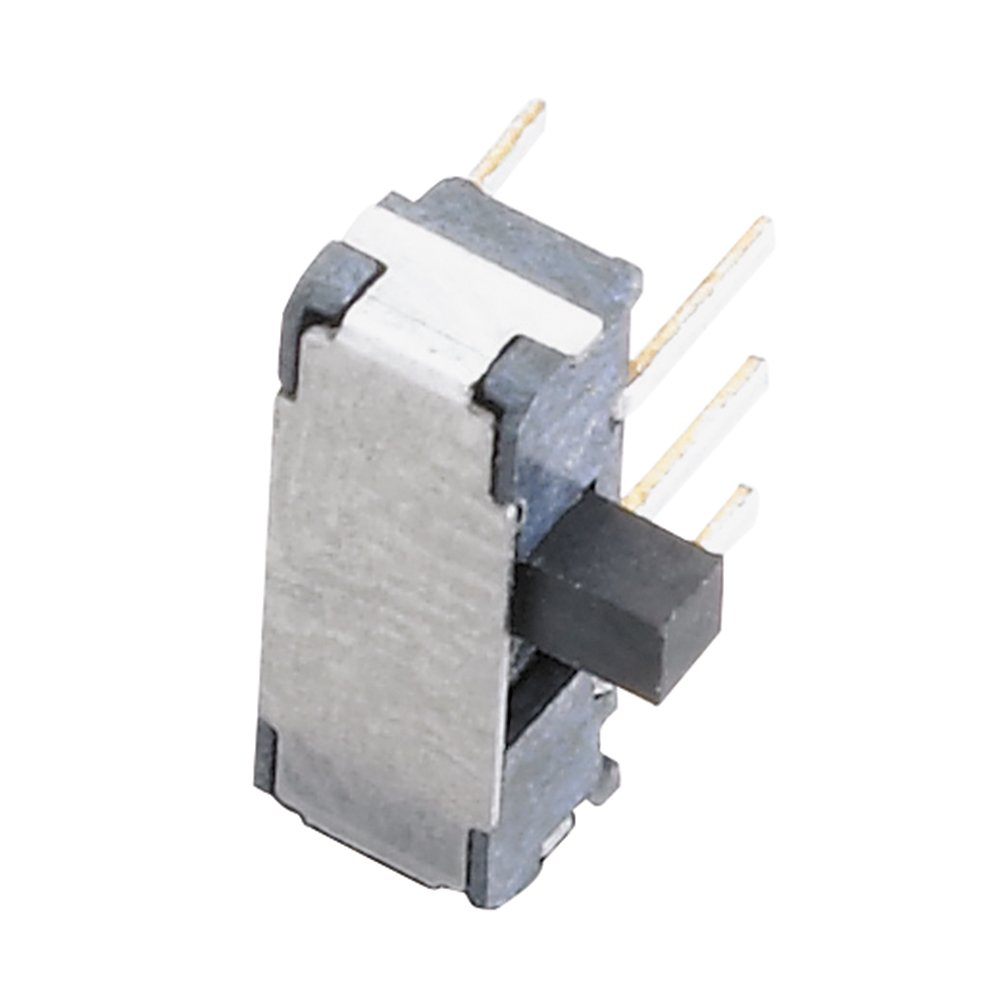 Use this right-angle DPDT slide switch as a replacement or in a hobby project.