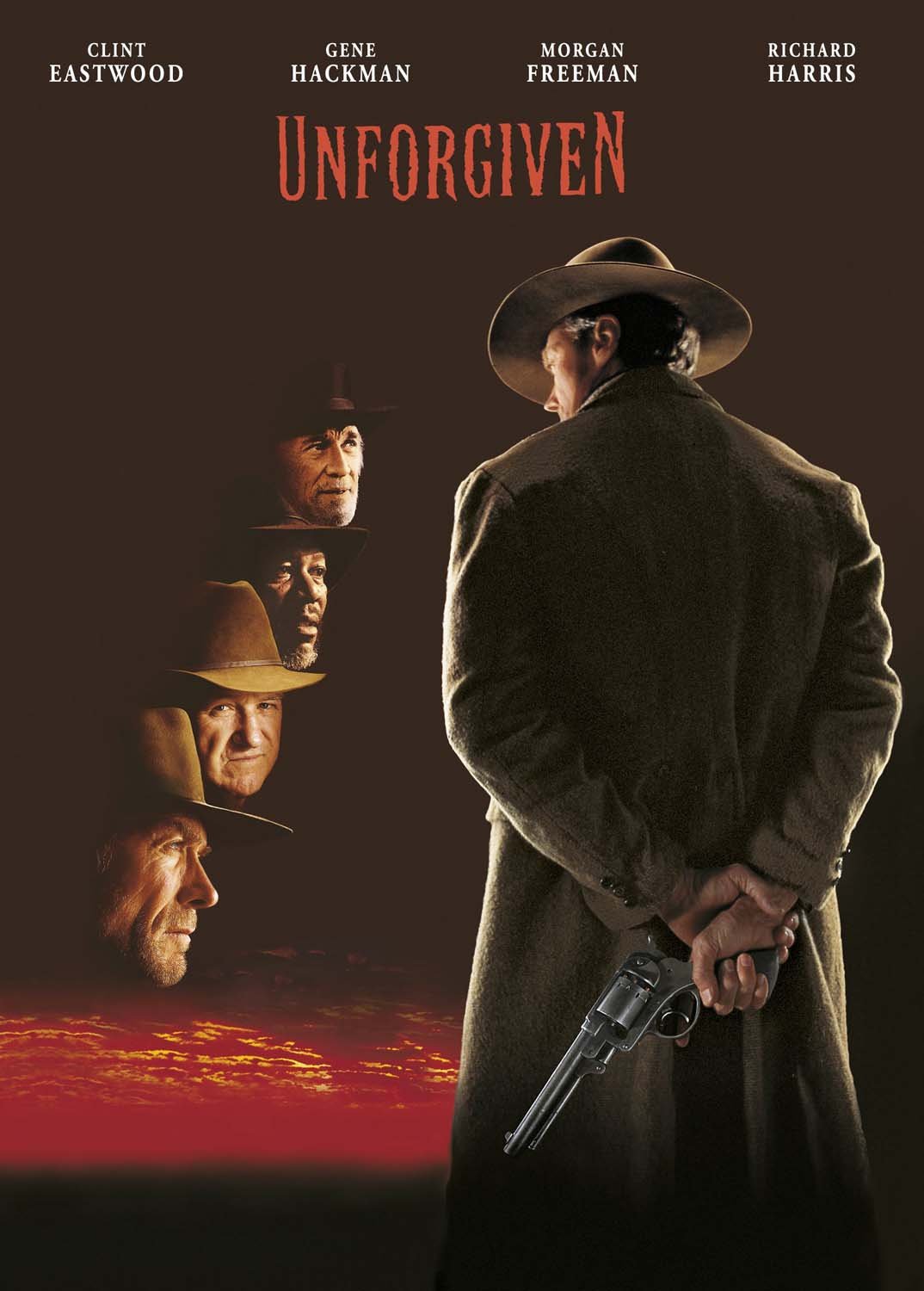 Clint Eastwood directs and stars in this US Western. In 1880s Kansas, ageing gunslinger-turned-farmer William Munny (Eastwood) reluctantly agrees to come out of retirement to help old friend Ned Logan (Morgan Freeman) collect the bounty on two wanted murderers. The cowboys in question cut up a prostitute in a lawless town in Wyoming lorded over by the corrupt Sheriff Daggett (Gene Hackman), and if Munny and Logan want to catch them they are going to have to deal with Daggett first. The film won four Academy Awards including Best Picture, Best Director and Best Actor in a Supporting Role (Hackman).