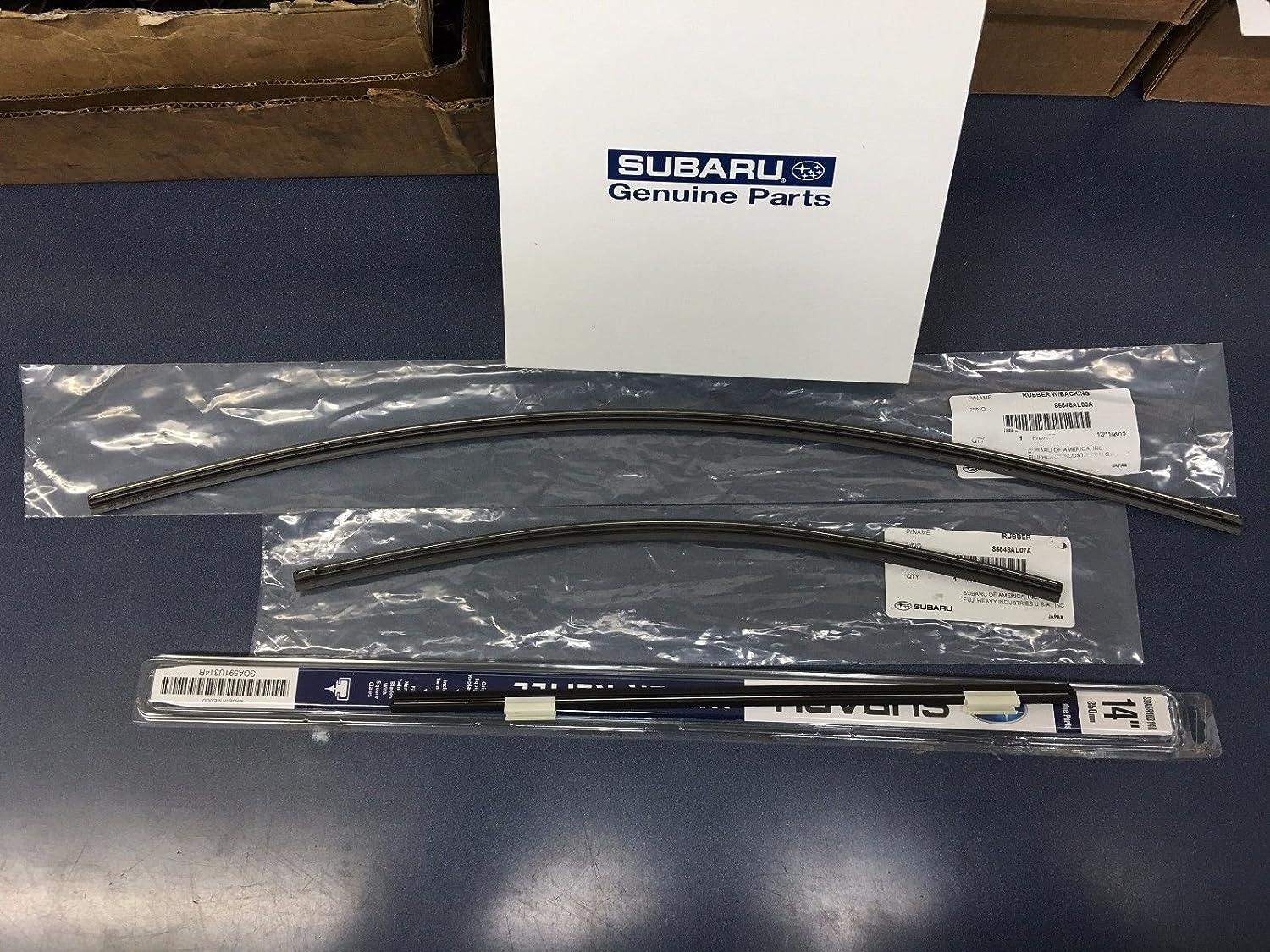 Need some Genuine Wiper Blade Insert Refills for your Subaru . Your package will include oem sealed items. The package will include LH Drivers 25 1/2 inch 86548AL03AX1 RH Passenger side 17 inch 86548AL07A X1 Rear 14 inch SOA591U314R X1 Don't settle for aftermarket components of questionable quality and always insist on Genuine Subaru replacements. Fits: 2015-2017 Legacy 2015-2017 Outback 2015 2016 2017 Subaru Must still have the original blade still to just do refills! Dont replace the entire blade when you can do factory original oem refills from subaru Please check our other auctions for other valve cover gasket kits and head bolt kits and Head gasket kits . Please email or call in your vin if you would like to double check the fit to your subaru. This Genuine Subaru wiper refill kit is offered for sale by Subaru Parts Online, an authorized US Subaru dealer. All Subaru parts include a 1-Year/Unlimited mileage warranty for defects in workmanship or material.