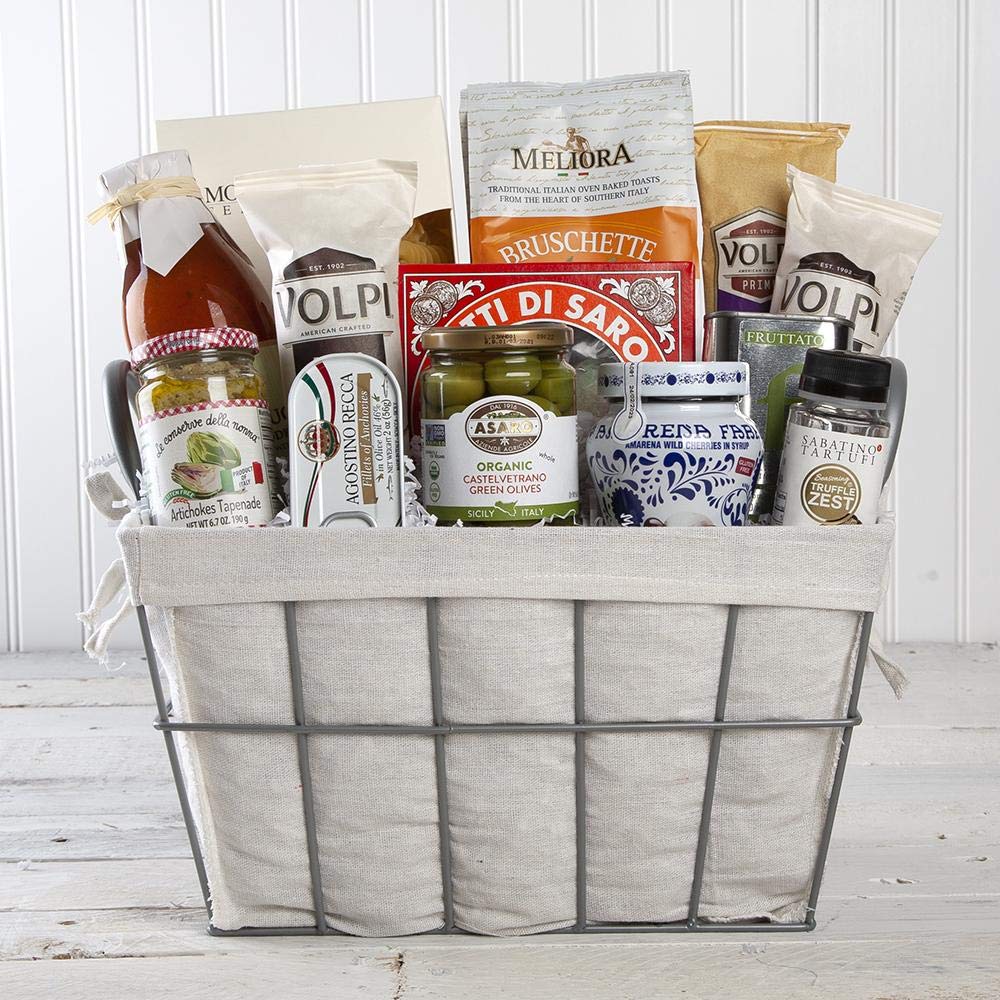 Take a culinary tour of Italy's finest regional Italian foods with our Tour of Italy Gift Basket. Our most popular gift basket has everything from antipasti to sweets. Experience a delicious extra virgin olive oil from Umbria, artisan crafted pasta, Sicilian green castelvetrano olives, amarena cherries in syrup, and much more! An ideal way to introduce someone you love to Italian cuisine. Presented and arranged in the wire frame basket with linen.