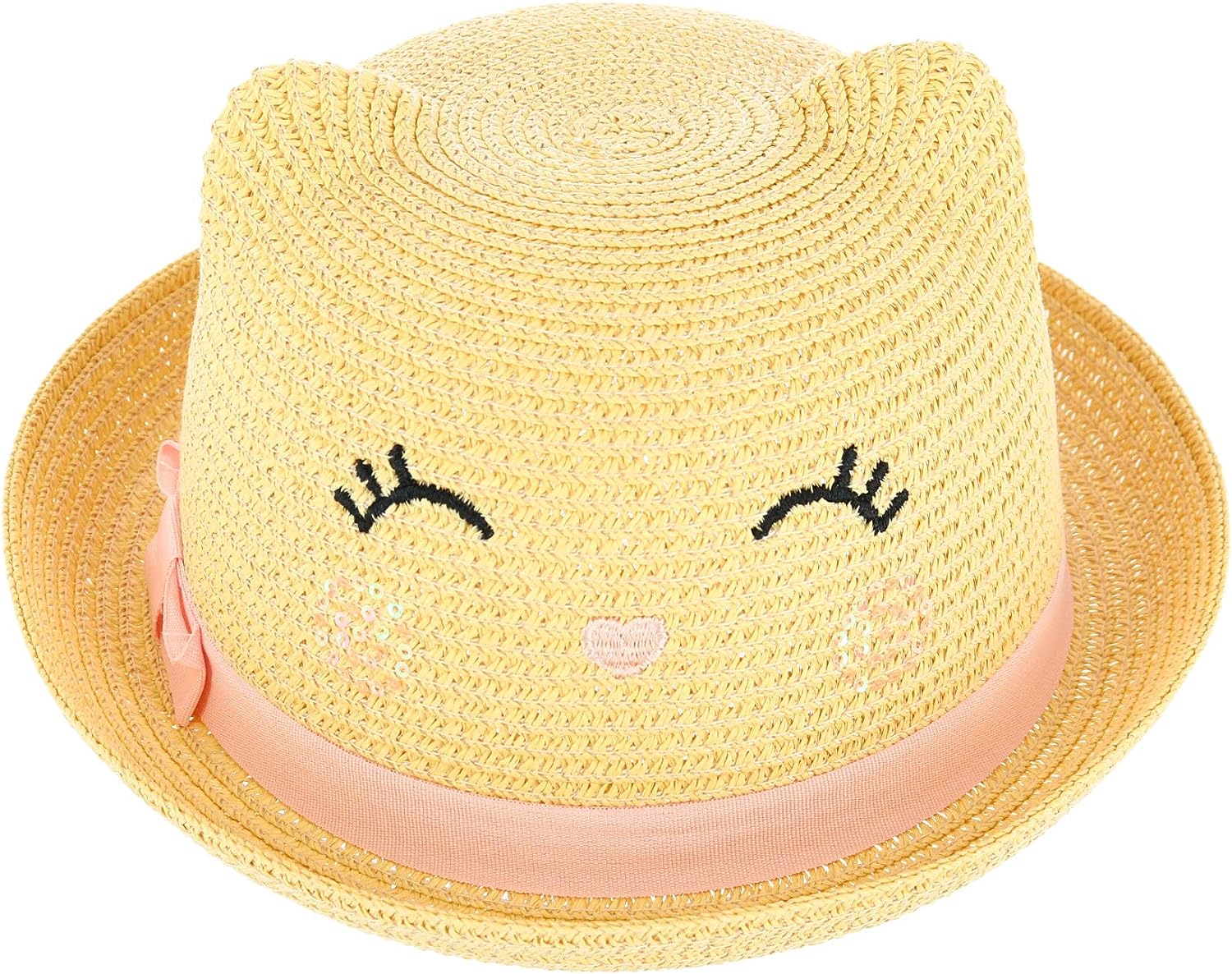 This straw hat has an adorable kitten face your child will love! It features an interior sweatband for comfort and has 3D ears. The sequin cheeks and pink grosgrain ribbon hatband make this hat stand out and it can be worn dressed up or down.