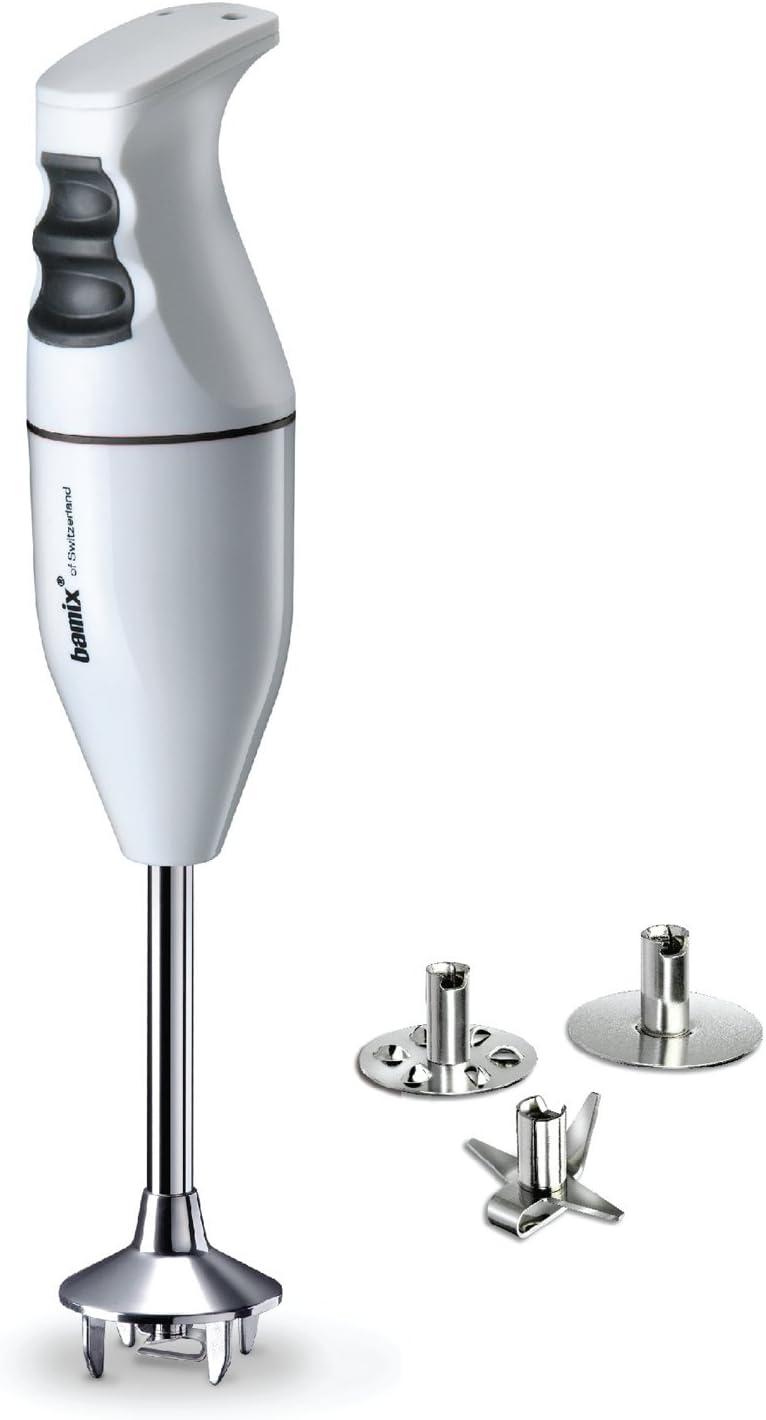 The BAMIX EO150 Classic Immersion Hand Blender gives you powerful, versatile, and efficient mixing with 3 stainless steel, interchangeable blades. Our 13.6-inch blender gives you enough length and torque to get precise mixing under heavy loads - 150W, 120V, 60Hz150W, 120V, 60Hz. Made from heat resistant nylon and chromated brass, you can submerge our blender into a variety of foods and liquids. Use several times a day or even all day long just by cleaning with running water in between use. This A/C-powered, open head immersion blender gives you perfectly mixed ingredients with a push of a button.

The aerating blade is set at a slight angle for optimum performance to whip or beat liquids, even turning skim milk into a whipped topping.

The blending blade mixes, purees and emulsifies thick or creamy mixtures so you can make homemade mayonnaise in seconds.

The chopping blade dices raw and cooked fruits and vegetables; makes fruit ice creams, sorbets and smoothies; crushes ice and purees soups and sauces right in the pan on the stove.

The BAMIX is handbuilt in Switzerland to last.

For over 60 years, BAMIX has perfected the first hand-held food processor. In combination with open and honest communication, we pride ourselves on producing durable, powerful, and efficient products that will last you a lifetime.

From the original ideas of inventor Roger Perrinjaquet, to our modernized casing and additional tools, our goal is to supply customers with a multifunctional, swiss-made kitchen machine.