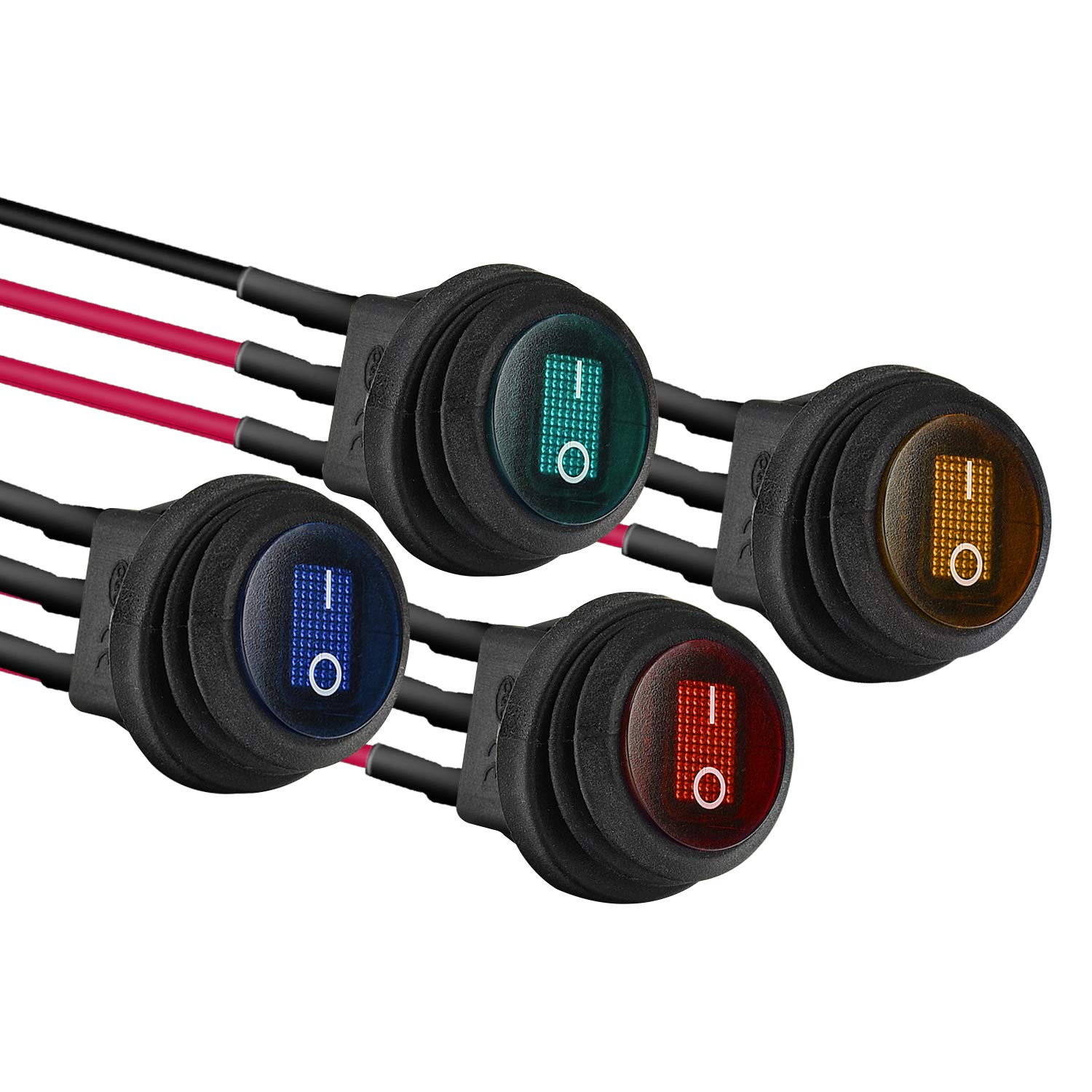 Waterproof ON OFF Rocker Toggle Switch

This LED switch can be installed on boat, yacht, skiff, and freighter to control the light bar on boat.