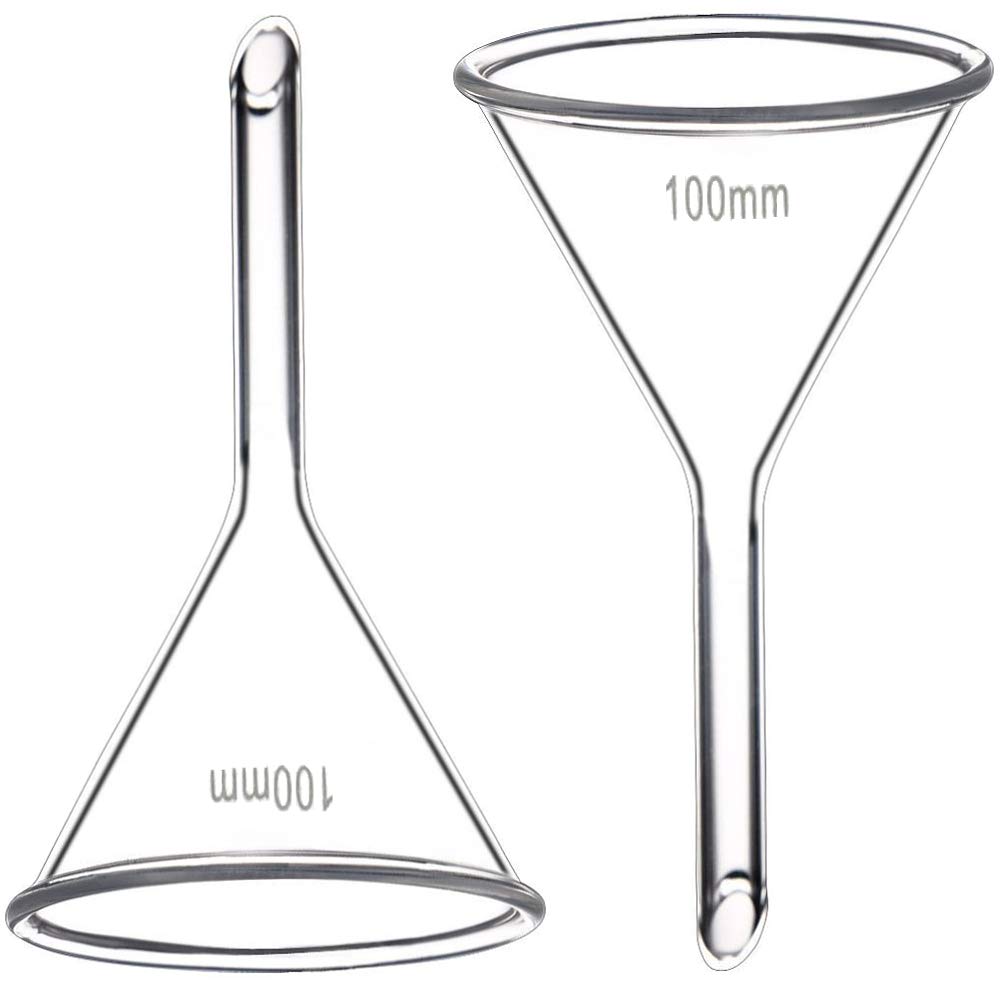 This is a standard borosilicate glass regular stem funnel. The top outer diameter measures 100mm and the stem measures 100mm. Glass funnels are mostly inert and make it easier to pour without making a mess. Sold in eaches. Sold as Pack of 2