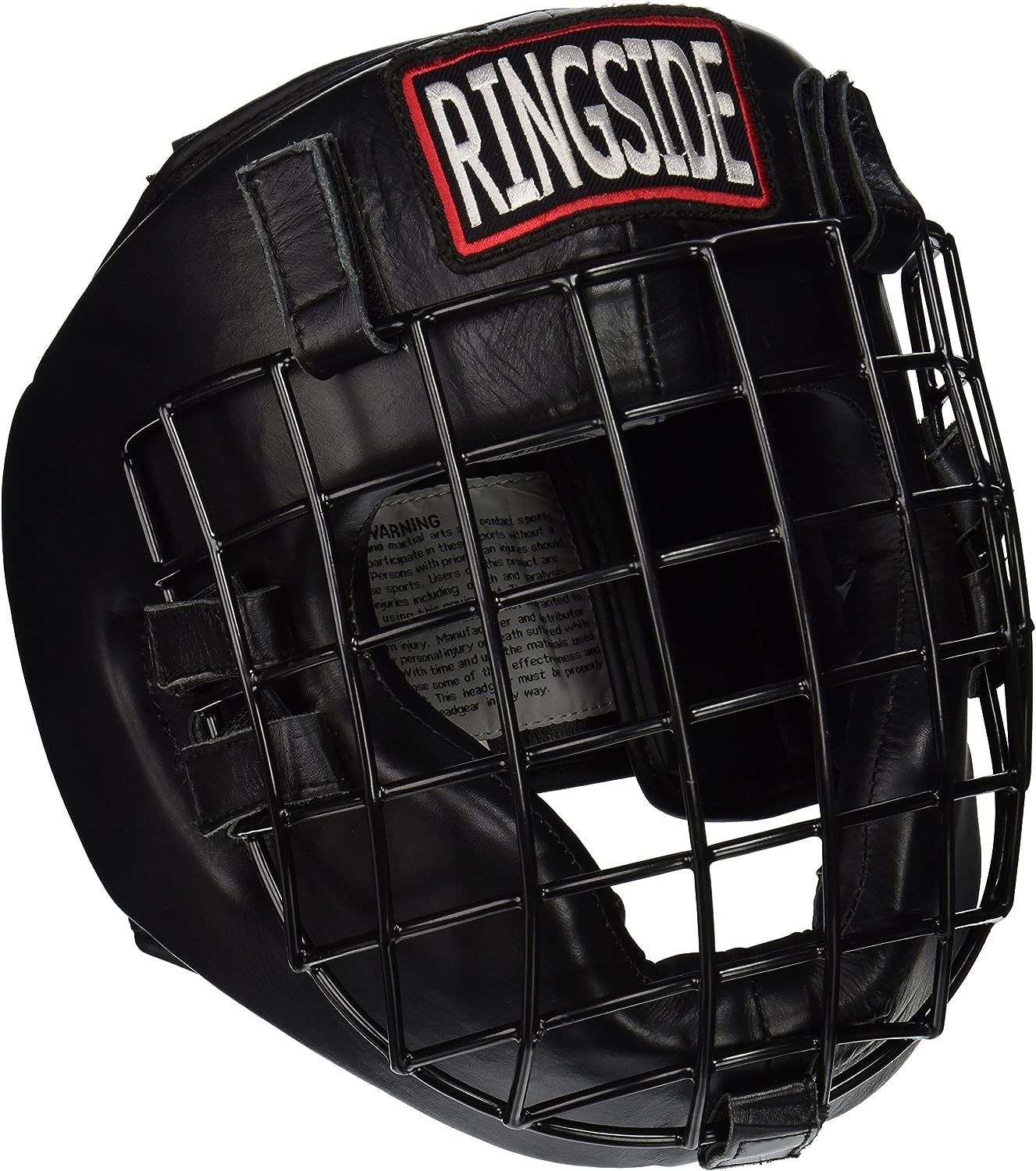 The most comprehesive protection of any training headgear. Removeable cage prevents contact to the face. Leather construction with an additional head butt pad on the top of the headgear. Air release ear canals and hook amp; loop rear closure.