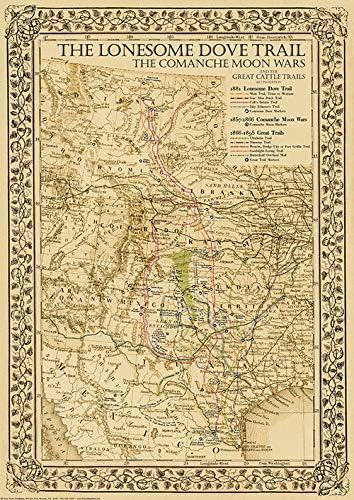 The Lonesome Dove Trail/Comanche Moon Wars amp; Great Cattle Trails Map is an exclusive copyrighted design based on an original 1881 US map by S.A. Mitchell. In addition to the Lonesome Dove trail and place names, this map has most of the Texas locations and place names from Larry McMurtryâs great "Comanche Moon" novel which follows Gus amp; Call during their Texas Ranger days before the Civil War and is the preface to Lonesome Dove. The Chisholm, Great Western, Goodnight-Loving, Shawnee and the other major overland cattle trails are also shown in their correct positions.