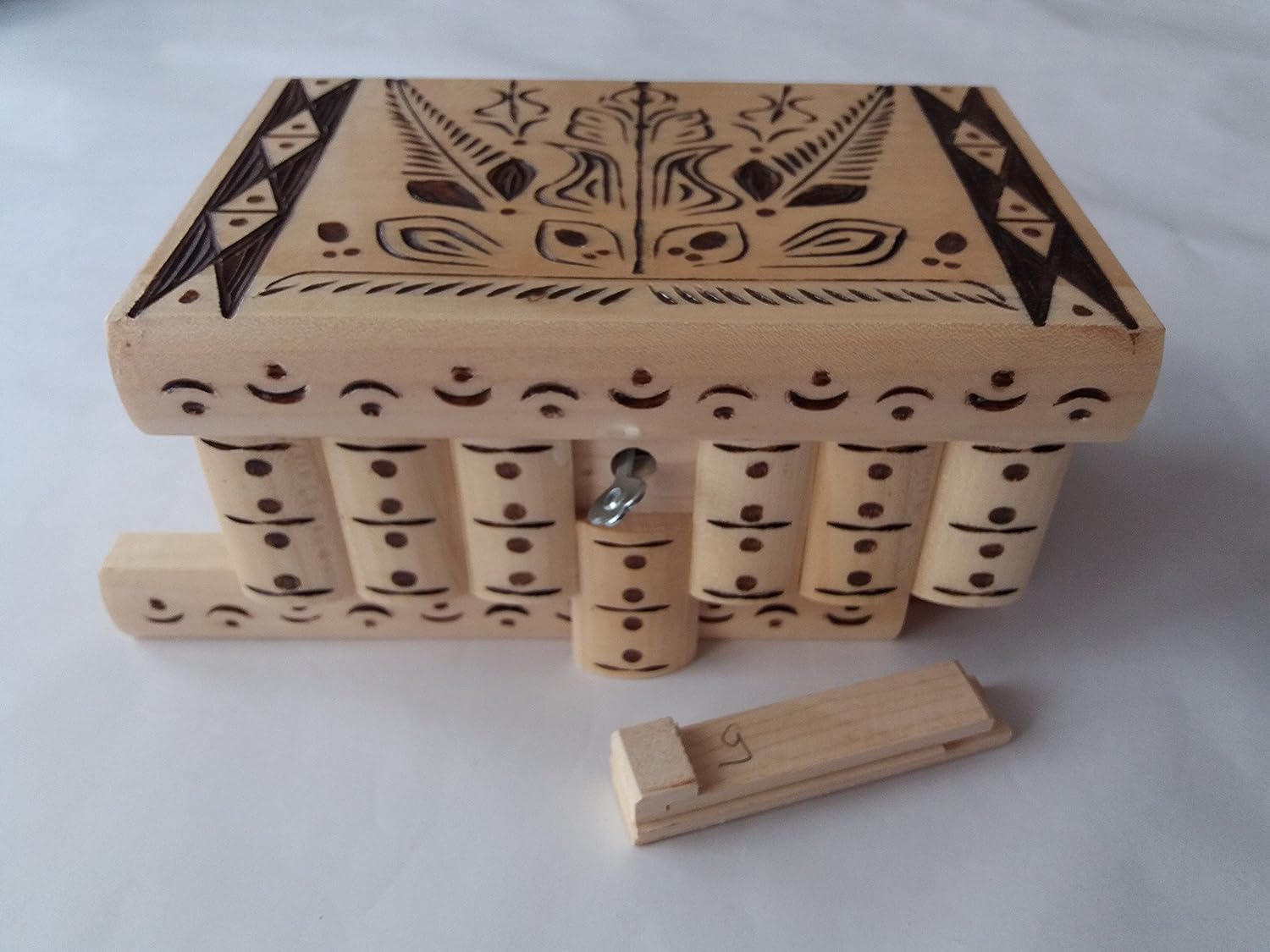 This box is originally known as ââ the secret boxââ. Why do they call it secret box ? Interesting. The secret relies on how you open it. You need to know 6 secret steps to open this box. After you open it, you can hide something insideâ¦ after all, we all have something to hide. In the same time, many people leave it open, they do not lock it back, and they use it as a jewelry box or to put something special in it. Please look carefully at the pictures, those will help you understand the opening. The steps are the following : Hold it in your hands. The bottom part you push backwords. Then slide the front part of this bottom part (which you have slide backwords) to the left. Now you can see that piece of the side of the box, which you have to slide towards you, to take it out. You slide it from the middle (not from the edge of the box) You can see on the picture that the cut is not quite at the edge of the secret box. After that, you turn this piece what you have taken out, and you can see that in the back of it it is the key. You take out the key. Butâ¦ where is the keyhole?! It is where all boxes open, where they all have their lock, Now it is covered with one of the elements carved like a leaf or has some points. You slide down the middle one of them (the middle of those 5,7 or 9 things depending on the boxâs size) and there is the keyhole. You put the key in the position which is on the picture, and make one complete circle clockwise (turning it to the right) and then you may need to turn a little bit more (force, and turn, donât worry it will not break) It is unusual at the beginning, but then you will get used to it. You have to turn it until you hear a small click. Then the box opens and it is ready to hold your secrets. If you want, there is a small hole beside the mirror, you can hide something there too. You put it back together in the reverse order you opened it. Exterior sizes: 16,5 cm x 10,5 cm x 9cm.