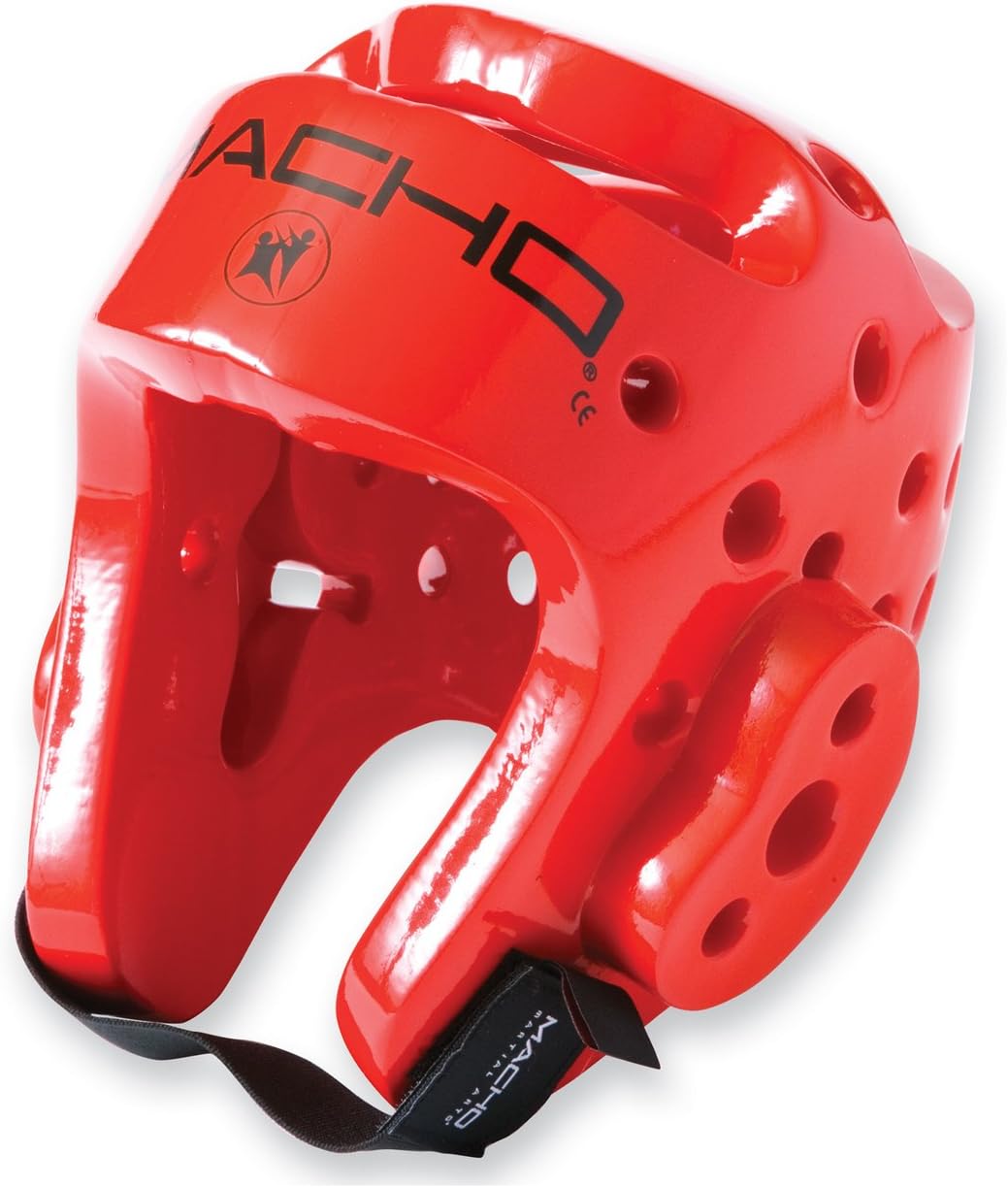 Dyna is known throughout the industry to be a top quality economical brand with dependable performance. Macho Martial Arts was the first and only manufacturer to perform safety testing on sparring gear and the gear consistently outperforms the competition. High-quality 7/8" foam head gear features ear-release canals for added protection to eardrums during sparring. Dyna's design provides air flow through the head gear, and protects the top of the head while also allowing heat to escape. Accessories such as the Dyna Face Shield and Dyna Cage can be added for additional face protection without sacrificing peripheral vision.