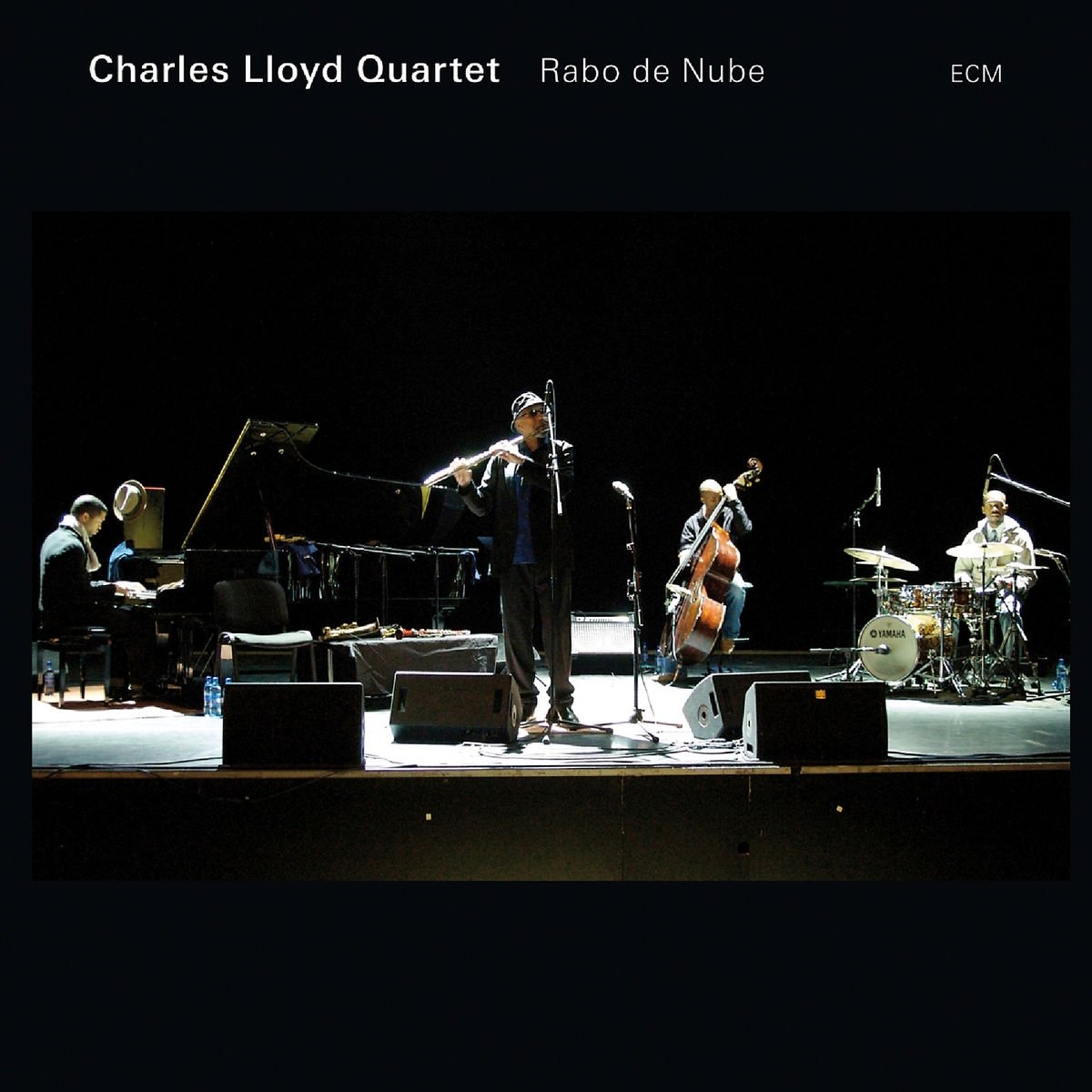 "Charles Lloyd's approach to performance is quite different. The more Lloyd goes inside himself the more he draws his audience in. With Jason Moran on piano, Eric Harland on drums and Reuben Rogers on bass, Lloyd once again has a group able to follow his excursions into the music and into the mystic. Lloyd is one of the greats, rather like Joan Miro in modern art, he has no peer save himself. Music of total transport and delight." -- "i"Duncan Heining, Jazzwise July 2007"br""br""He (Charles Lloyd) may be approaching seventy, but in many ways he's playing the most vital music of his career...If anything his playing has intensified. " (Portland Jazz Festival 2007) -- John Kelman, All About Jazz, February 26, 2007

"Luminous in its overtones, naked in its exposed humanity. Lloyd's series of breakthroughs to catharsis are like a spirit soaring into the blinding light of freedom. Charles Lloyd's musicality, generosity, and intuitive gifts as a communicator have enabled him to fill a special role in jazz; to make extremities of creative liberation accessible. And he is still at it. He plays with more strength and passion today than he did when he was 26." -- Tom Conrad, Stereophile, August 2006

It's fitting that the shimmeringly beautiful Rabo De Nube, which is being released to celebrate reed player Charles Lloyd's 70th birthday on March 15, 2008, is a live album. Lloyd became a star forty years ago with a series of paradigm-shifting live discs recorded on a seemingly never-ending tour of the USA and Europe--seven of them altogether, starting with Forest Flower (Atlantic, 1966) and ending with Soundtrack (Atlantic, 1968). Intentionally or not, Rabo De Nube, recorded in Switzerland in 2007, and seeped in the same spirit as those momentous earlier performances, goes some way towards completing the circle. Like its predecessors in the outstanding, second-wind run of discs he's recorded for ECM since 1989, Rabo De Nube finds Lloyd's aesthetic essentially unchanged. A pan-ethnic, mantra-like vibe remains centrestage in his playing, and bells and incense still hang in the air around it. The mesmerising, dervish intensity of "Ramanujan," with Lloyd on his preferred alternative to the soprano saxophone, the reedy Persian-derived tarogato, would have fit perfectly on any of the early Atlantic albums. What has changed is the emotional depth of Lloyd's music. The albums of the late 1960s were in the main sunny and bright, as befitted the optimism of those years. On ECM, Lloyd has, in addition, explored darker terrains. On Rabo De Nube, the gorgeous lyricism of "Migration Of Spirit" and "Sweet Georgia Bright," a longtime live favorite, is balanced by the edgy astringency of "Prometheus"--a refashioning of "The Crossing" from Lift Every Voice (ECM, 2002)--and the elegaic "Booker's Garden," composed in memory of Lloyd's childhood friend, the trumpeter Booker Little (1938-61). Lloyd's 1960s quartet, which also made a star of the pianist Keith Jarrett, was pure heaven. The new quartet, with Jason Moran replacing Geri Allen, pianist on the last quartet album, Jumping The Creek (ECM, 2005), gets close enough to kiss it. Moran is an inspired inclusion. His percussive, chordal comping is a perfect foil for Lloyd's supple, diaphonous lines, and his exuberant solo flights recall the youthful Jarrett of Atlantic-era stormers like "Sombrero Sam." An awesome performance from an elder statesman who has kept the faith--and shows no sign of slowing up. Long may he continue to delight and uplift us. -- All About Jazz: Chris May, March 2008

Poet Charles Simic's verse for the liners of "Rabo de Nube," Charles Lloyd's latest CD released the week of his 70th birthday, reads, "I hear someone whispering/'Without this music/ Life would be a mistake.' " In essence, this sums up Lloyd's reflective jazz, presented here live from Switzerland in tandem with pianist Jason Moran, bassist Reuben Rogers and drummer Eric Harland. Lloyd's music is at once lyrical and vibrant, meditative and enthralling. His tenor sax combusts on the tumultuous "Prometheus"; his alto flute floats tenderly in his Booker Little homage, "Booker's Garden"; and his taragato (a Hungarian folk clarinet) sets "Ramanujan" into dance motion. After the band romps through "Sweet Georgia Bright," a Lloyd oldie from his 1964 recording debut, it eases into a sublime balladic rendition of the Silvio Rodriguez title track. -- Dan Ouellette, Billboard

Since leaving Memphis for Los Angeles in 1956, Charles Lloyd's journey has been one of unique musical vision and intensely felt passion, conjuring up sounds of elegant beauty and soulful spirit. For over four decades, Lloyd has fronted some of the most profound and far-reaching ensembles of his time. Embraced by the psychedelic listeners of the '60s, Lloyd was one of the first million-selling jazz artists incorporating bop, world music and avant-garde elements into his sound. Since 1989, his performances and recordings have garnered him great acclaim as one of music's true living masters.

Four days before celebrating his 70th birthday on March 15, 2008, Lloyd will release Rabo de Nube, his 12th recording for ECM and the first from his astounding new quartet. In the spring of 2007, Lloyd formed the new group for his European tour, an exciting formation with pianist Jason Moran, bassist Reuben Rogers and drummer Eric Harland. The tour started in Porto, Portugal on April 18 and ended in Dublin on May 11. The concert in Basel was recorded for the new CD and was dubbed by the Swiss press, "the concert of the century."

As the newest member of Lloyd's ensemble, stellar young pianist Moran brings fresh ears and a fully developed sense of the possibilities improvisation offers to the group. With a string of highly acclaimed records of his own, Moran's ability to employ genre-bending stylistic freedom with a roots-based intellect and technique fits well with Lloyd's expansive vision and their band mates' youthful energy.

Lloyd has long surrounded himself with immensely talented and idiosyncratic pianists such as Joe Zawinul, Keith Jarrett, Michel Petrucciani, Bobo Stenson, Brad Mehldau and Geri Allen. Jason Moran's addition to this esteemed lineage finds the young pianist expanding his modern and progressive style while adding an exhilarating new dynamic to the ensemble.

"p"For Charles Lloyd, 2008 finds the indefatigueable master musician playing at peak form as he leaps into his seventh decade with one of his most incisively exciting bands for a series of concert dates in support of this tour de force recording, Rabo de Nube. Brad Riseau and Don Lukoff At DL Media.

RT Lovefairy Girls Gymnastics Skirted Leotards Sparkle Camisole Dan: Come work with @PBarnaghi and the rest of us at the platform team!
28 Sep 2021 16:54