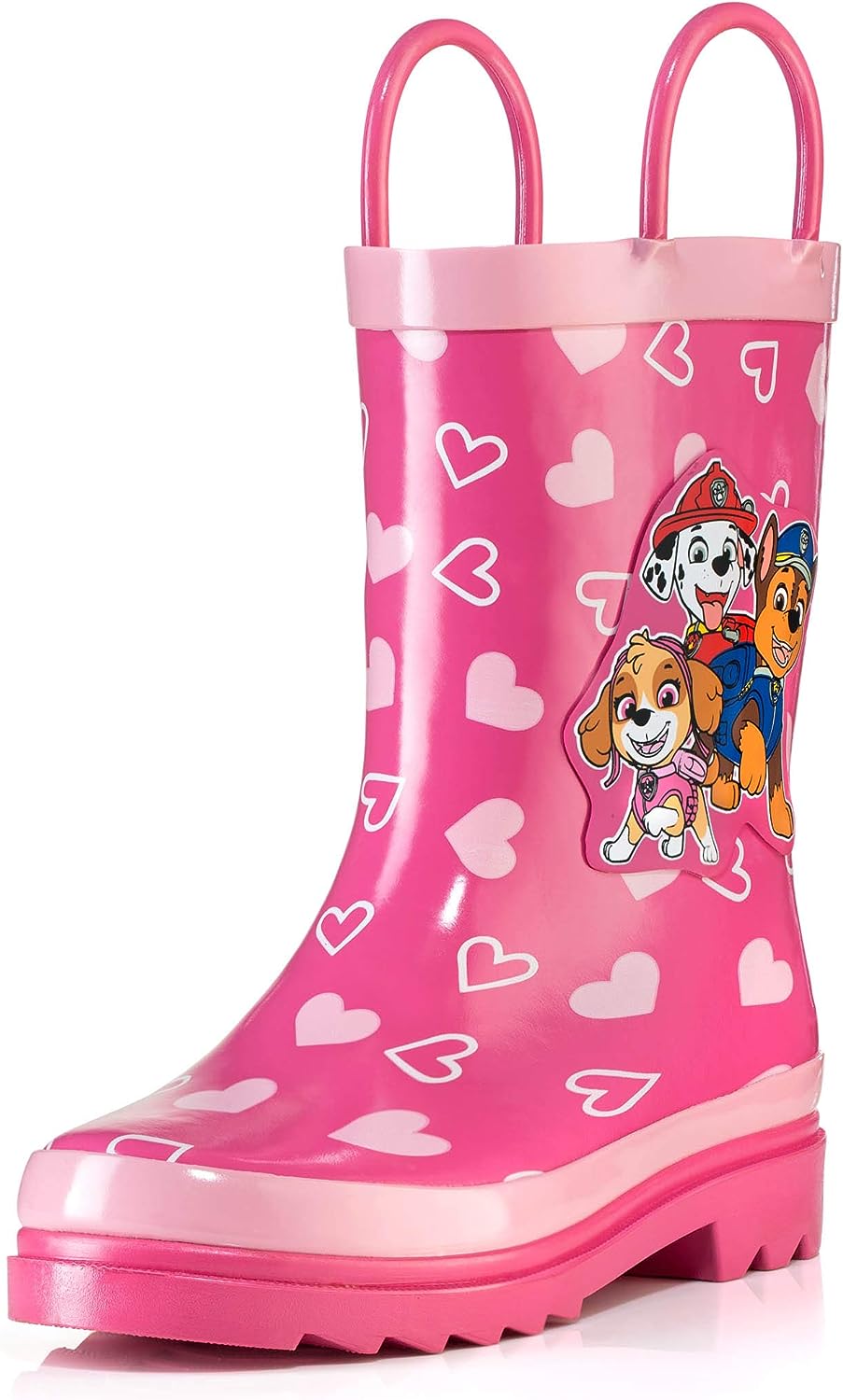 "li" â COMFORTABLE - These boots are lightweight and Flexible Made of soft rubber that lets young preschoolers run, skip, and jump in puddles without feeling stiff and constrained. Your kids won't want to take them off!! Their non-insulated interior will allow little girls and boys to wear these beyond just springtime. These are lightweight enough to wear in Summer and Fall without being too hot or making little feet cold.

Walking around in the rain was never this fun! Dress your little Girls with a pair of these Paw Patrol Girls pink rain boots to help her stay warm and dry throughout his adventurous day.

Kesoto 1 Bag 250g Rubber Bands for Fish Packing Bag Ties Aquariu: I know this if off topic but I'm looking into starting my own blog and was wondering what all is needed t...