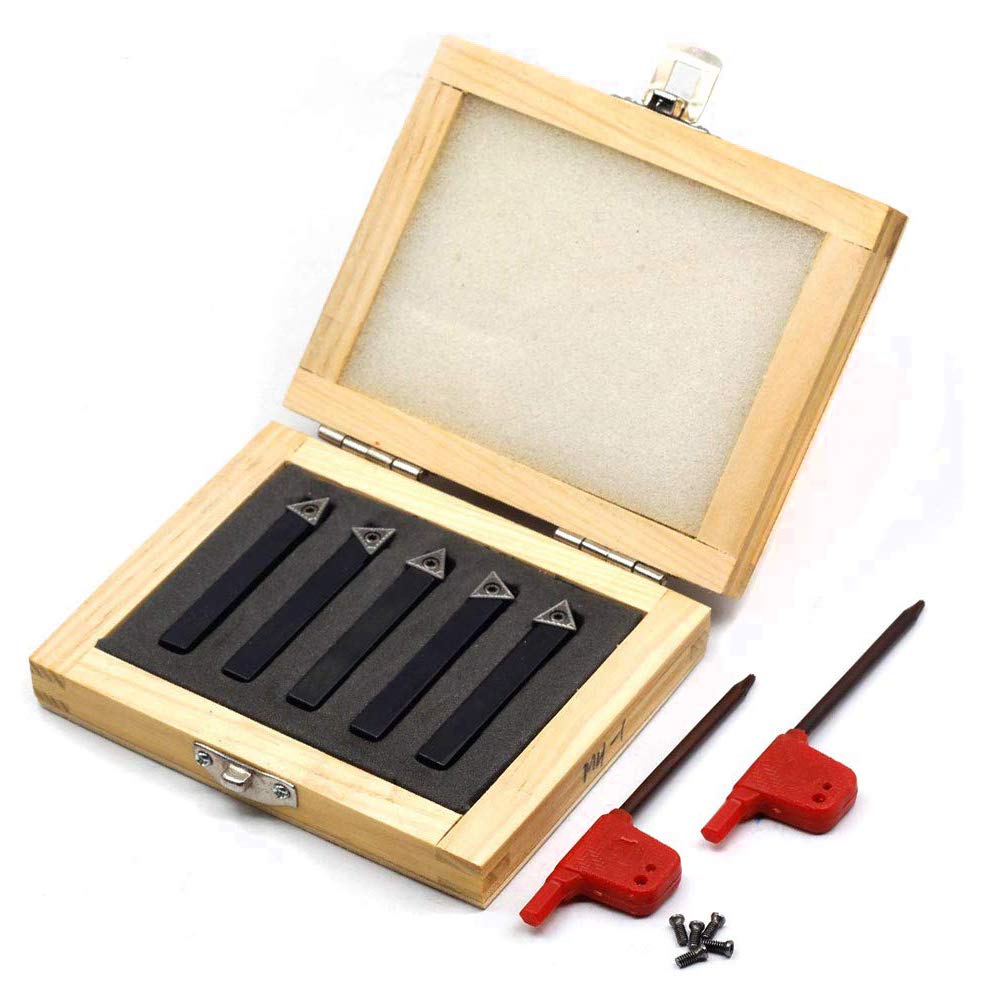 C6 carbide tips with chip breaker,it is versatile and economical

2pcs style "A" for turning, facing, boring, and chamfering

2pcs style "B" for turning, facing, boring, and for lead angles

We also provide replacement inserts TCMT090204 for this kit ,please Search the Asin of the item B07SJX9YNR to buy them