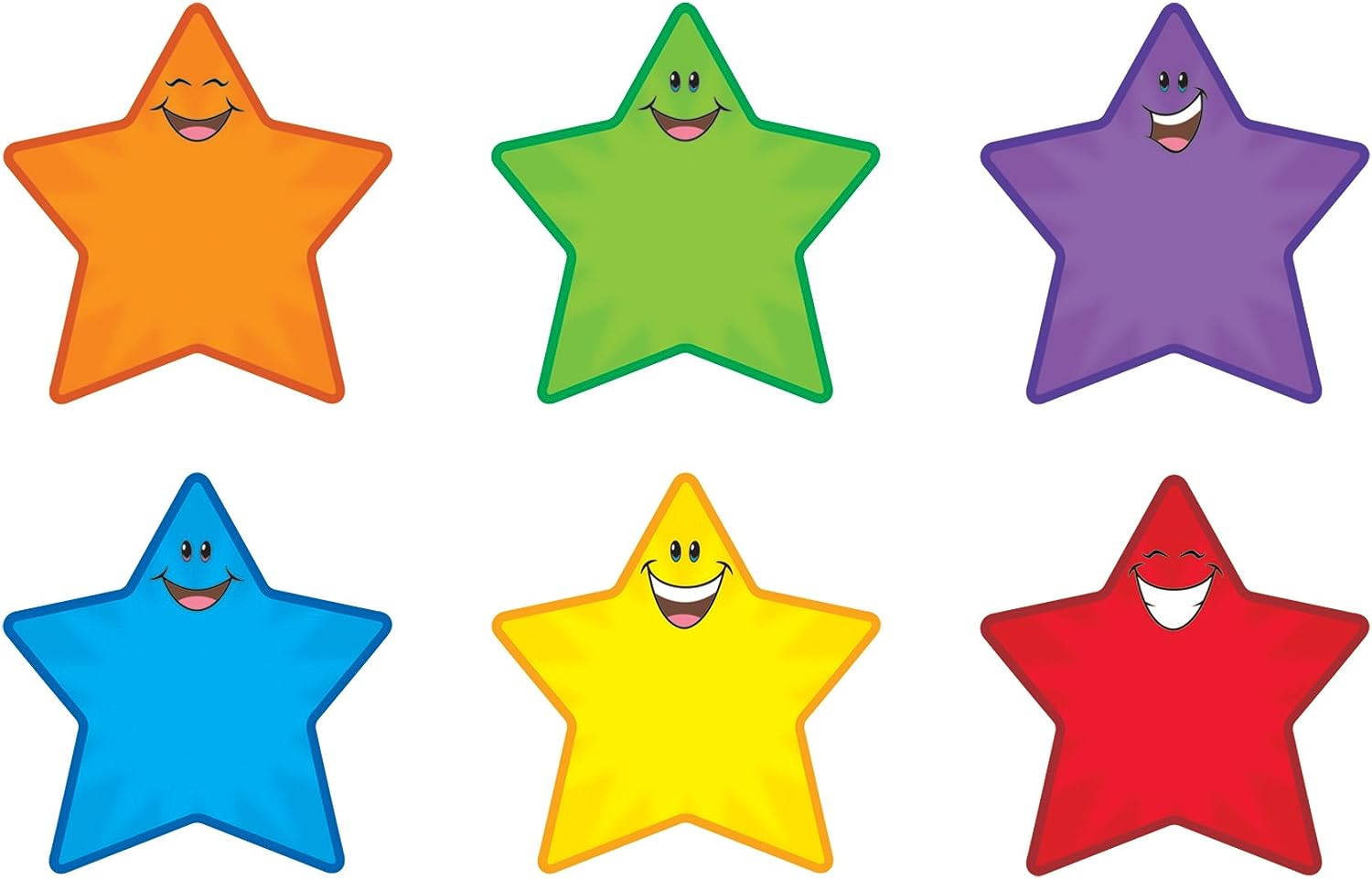 Add a sense of fun and wonder to every lesson with these pre-cut, smiling stars. Introduce units, inspire creative writing, build an alphabet line, teach patterning and sorting, or use as a fun alternative to notes. Variety pack includes six designs that are ready to use. Smiling stars are designed for teaching students in pre-kindergarten through fourth-grade and ages 3 to 10.

Honsing Kids Ukulele,Soprano Ukulele Beginner,Hawaii kids Guitar: I know this if off topic but I'm looking into starting my own blog and was wondering what all is needed t...