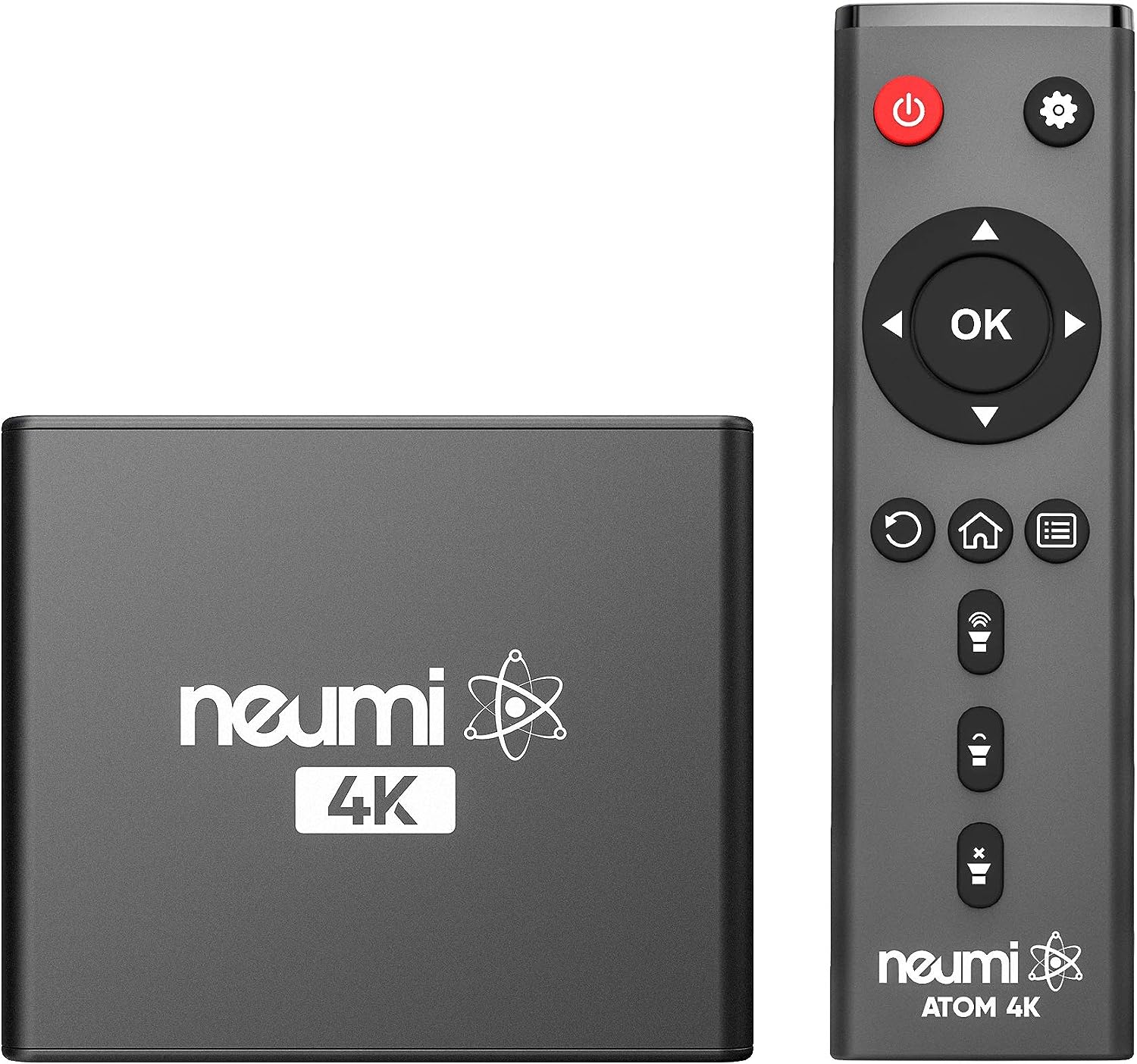 The NEUMI ATOM 4K is the easy and affordable way to add video, photo, and music playback to any TV, new or old, at up to 4K Ultra-HD quality. Just attach a USB drive or SD card with your media files, select a file, and play! It is simple and intuitive to use with no complicated settings or controls. Turn on its automatic playback and resume capability and you wonât even need to pick up the remote.

HDMI 4K/60fps Ultra-HD Quality
The ATOM 4K offers stunning video quality through its HDMI output that supports up to 2160p/60Hz resolution, with support for the latest video formats such as H.265/HEVC. It can feed digital surround sound to your home theater receiver for a cinema-like listening experience. Additionally, the ATOM 4K provides analog AV output for connecting to an older TV, or for sending audio to a stereo system.

Reads USB Drives and SD Cards
Simply copy your videos, photos, or music files onto a USB drive or an SD card, insert it into the ATOM 4K, and you are ready to play those files using an easy-to-navigate menu. Got a lot of media files? No problem! The ATOM 4K can read USB drives up to 4TB or Micro SD cards up to 512GB. Popular file systems are supported, including FAT32, exFAT and NTFS.

Fully Automatic Playback
Turn on its automatic playback feature and the ATOM 4K will find and play media files on its own without any user input. It will also remember where you stopped watching on a video and resume playing from the stop point. Combined with the ability to loop and repeat videos continuously, the ATOM 4K is a perfect player for simple digital signage.