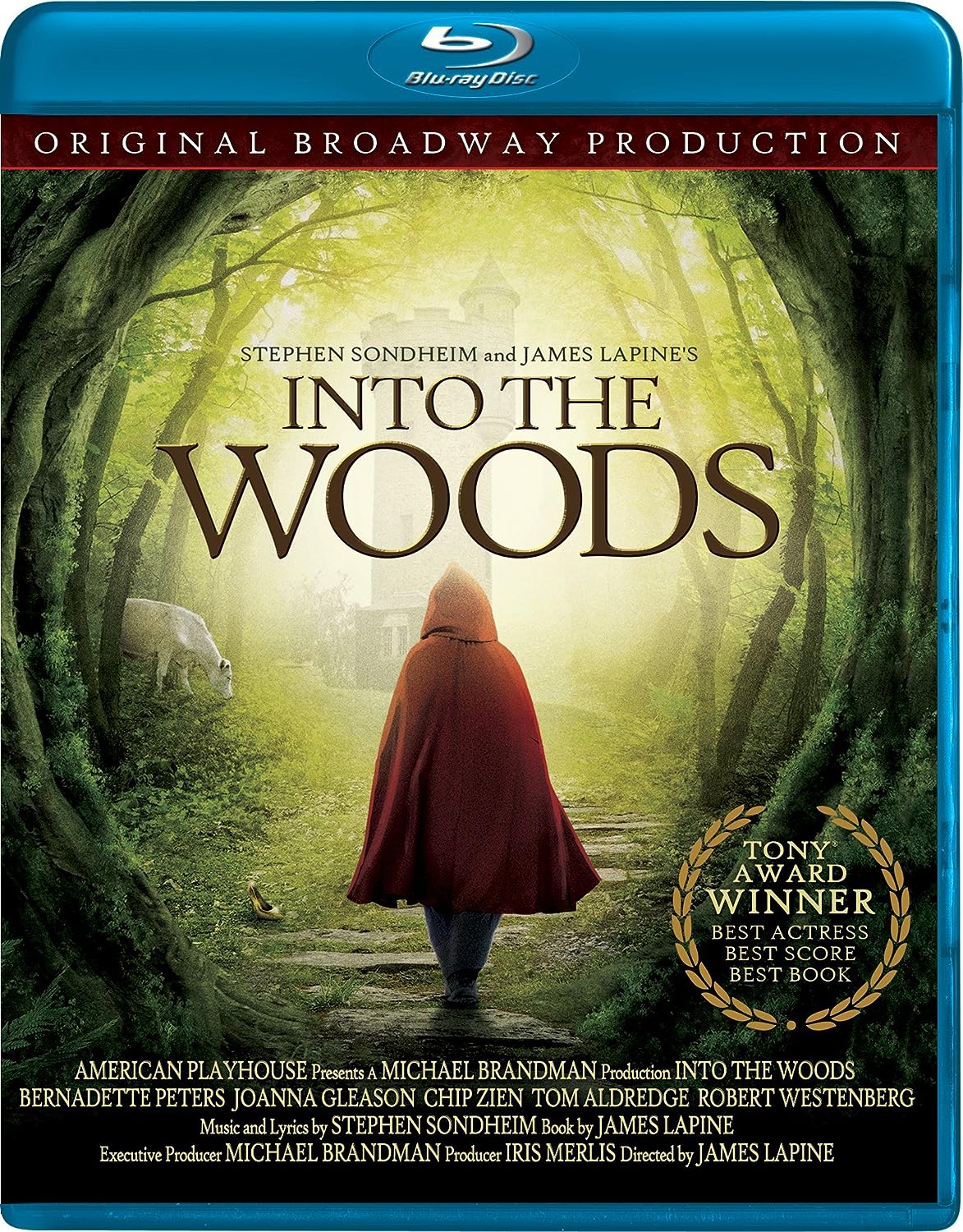 A baker and his wife journey into the woods in search of a cow, a red cape, a pair of golden slippers and some magic beans to lift a curse that has kept them childless. Tony Award winners Bernadette Peters, Joanna Gleason and the rest of the original Broadway cast weave their magic spell over you in Stephen Sondheim's masterpiece, directed by James Lapine, a seamless fusion of fairy tale characters and what happens after "happily ever after." With oft-recorded songs such as "Children Will Listen" and "No One Is Alone," "i"Into the Woods is a music lover's delight from start to finish--and will forever cement Stephen Sondheim's unparalleled position as the giant of the American musical theater.