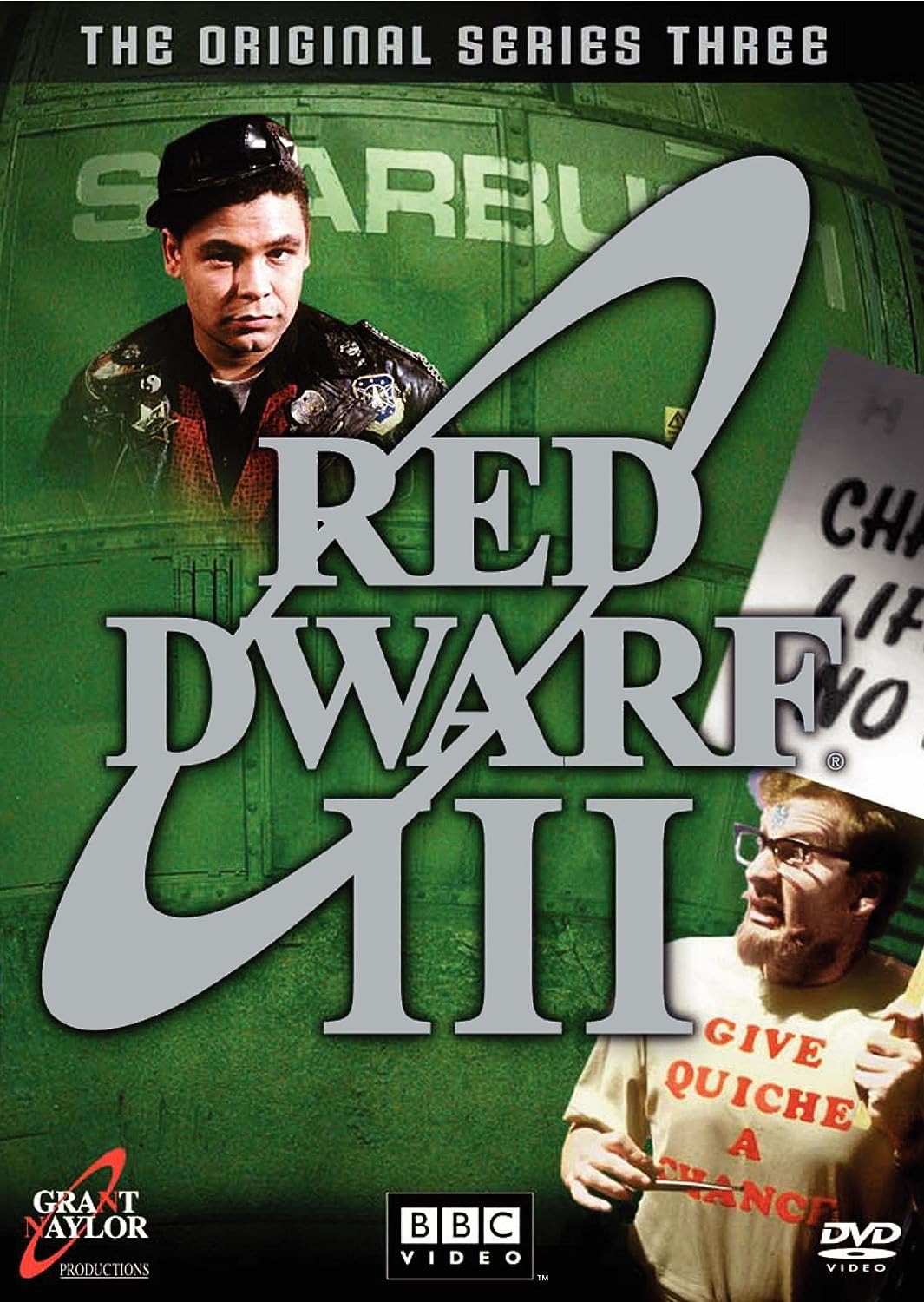 Boldly going where no one in their right mind would ever go, this hilarious, cult Sci Fi spoof takes you on a joyride three million years into the future. Those ubiquitous anti-heroes of space travel - Lister, Rimmer, Cat and Kryten - are following up their spectacularly successful series I amp; II DVD's. In Red Dwarf Series III, the inept crew stumble further into deep space facing an emotion-sucking polymorph, a psychotic mechanoid and a version of Earth where time runs backwards.

]gt; "h3"Amazon.com "p"The third series of "i"Red Dwarf introduced some radical changes--all of them for the better--but the scripts remained as sharp and character-focused as ever, making this a fine candidate for the show's best year. Gone were the dull metallic grey sets and costumes, gone too was Norman Lovett's lugubrious Holly, replaced now by comedienne Hattie Hayridge, who had previously played Hilly in the Series 2 episode "Parallel Universe". New this year were custom-made costumes, more elaborate sets, the zippy pea-green Starbug, bigger special effects and the wholly admirable Robert Llewellyn as Kryten.

The benefits of the show's changes are apparent from the outset, with the mind-bending hilarity of "Backwards," in which Kryten and Rimmer establish themselves as a forward-talking double-act on a reverse Earth. After a modest two-person episode that sees Rimmer and Lister "Marooned", comes one of the Dwarf's most beloved episodes, "Polymorph." Here is the ensemble working at its best, as each character unwittingly has their strongest emotion sucked out of them. Lister loses his fear, Cat his vanity, Kryten his reserve, and Rimmer his anger ("Chameleonic Life-Forms. No Thanks"). "Body Swap" sees Lister and Rimmer involved in a bizarre attempt to prevent the ship from self-destructing. "Timeslides" delves deep into Rimmer's psyche as the boys journey haphazardly through history. Finally, "The Last Day" shows how completely Kryten has been adopted as a crewmember, when his replacement Hudzen unexpectedly shows up. --Mark Walker