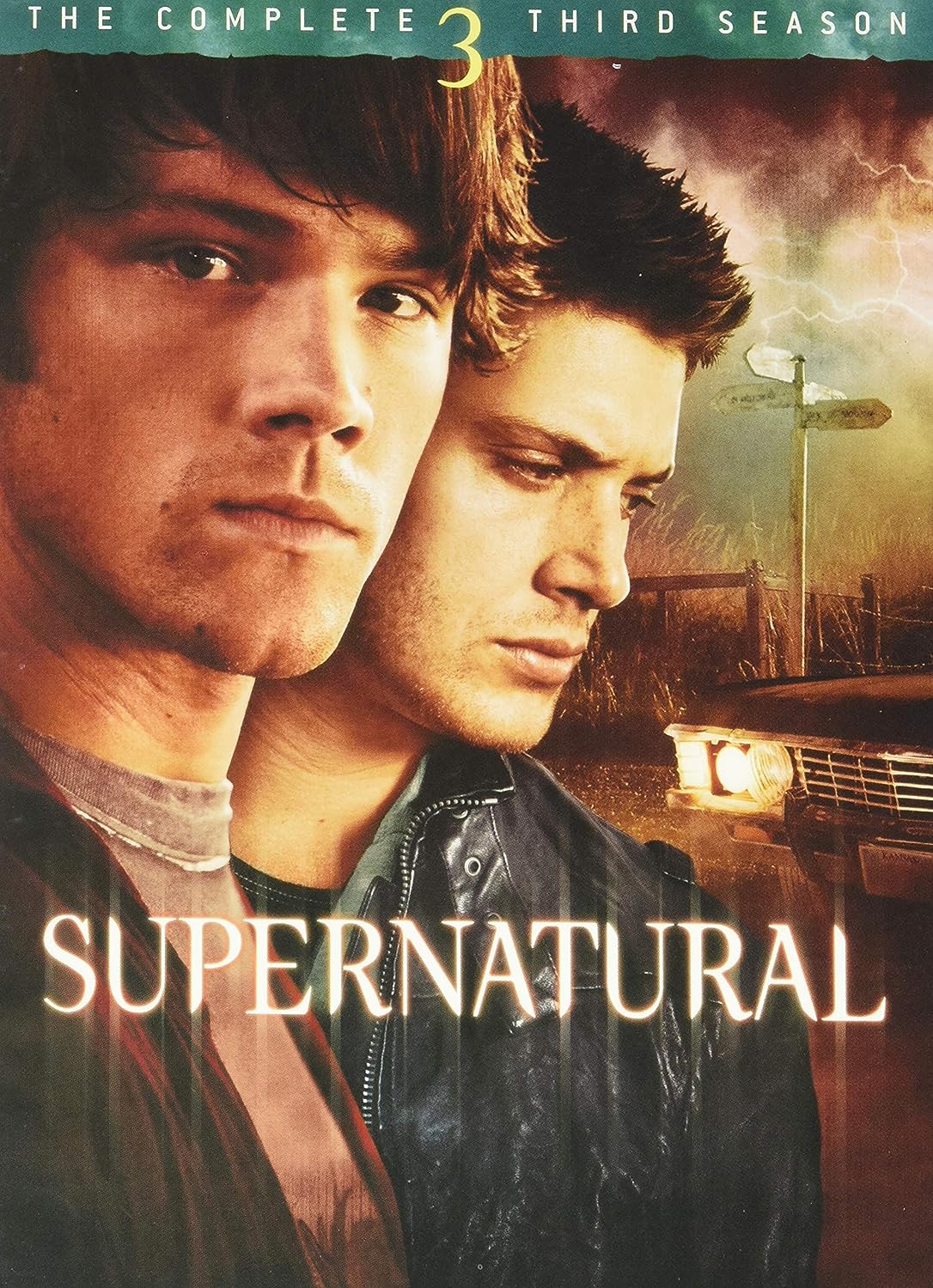 In its third season, âSupernaturalâ continues taking viewers on a terrifying journey into the world of the unexplained. Brothers Sam and Dean Winchester were raised to be soldiers. Now, as they join other hunters traveling the country to track down the evil fugitives from Hell hiding in the darkest corners of America, they must also battle their internal demons. Experience the thrill ride in year three of âSupernatural.â

As far as season cliffhangers go, it's hard to think of one as spectacular--or as insurmountable--as the fate that befalls Dean Winchester (Jensen Ackles) at the conclusion of "i"Supernatural's third season, but that's only one of the many high points that await viewers in the course of these 16 episodes. Though the season is shorter (due to the 2007-2008 writers' strike), the overall quality of the episodes, both individually and as a whole, make the season one of the best to date in the show's history. The key to its success is the season's story arc, which has Dean and brother Sam (Jared Padalecki) struggling to continue their quest to fight evil while wrestling with the notion that Dean, who sold his soul to save his brother's life at the end of season 2, has only a year before the forces of darkness come to collect their due. What results is a strong mix of dramatic tension between Ackles and Padalecki (both actors come into their own with their characters in this season) and the more fright-driven fare by which the show has earned its reputation. Adding an intriguing wrinkle to the mix is the arrival of Ruby (Katie Cassidy), a demon who breaks tradition by helping the brothers in their adventures. Though not a fan favorite (and Cassidy herself would be gone by the end of this season, and replaced by Genevieve Cortese in season 4), her character underscored a recurring theme throughout the season--what is the true nature of evil?--which would be echoed in Dean's character development in the fourth and fifth seasons. It's an impressive direction for a series that might've continued down its Monster of the Week path, but instead took a bolder route, with considerable payoffs.

The reduced number of episodes also means fewer extras on the five-disc set; instead of full-length commentaries, producer Eric Kripke and the production team contribute "Closer Looks," scene-specific commentaries on seven episodes. They're informative and amusing but lack the degree of information that die-hard "i"Supernatural fans might be seeking. A 7-minute gag reel and a 5-minute tour of the brothers' beloved Impala are amusing but forgettable, as is the 15-minute pilot for Ghostfacers, the reality show hosted by hapless paranormal investigators Ed Zeddmore and Harry Spangler in the episode of the same name. More interesting and informative is From Legends to Reality, a 20-minute featurette on the show's special effects teams, whose work reaches a high-water mark in this season. "i"--Paul Gaita

GIVE
The Blind Man Saw It All
Search
☰
Click for more

The world has completely changed in recent months, and as a church we’re needing to step into new things too.

As the country continues in a time of lockdown, we aim to serve you; predominantly online through regular media and services, but also practically; through our Foodbank.

Chapel has always been a family of all sorts, joined together simply by the good news of Jesus, and that’s what we aim to be in this season: a family – physically away from each other, but never apart.

No matter what you're wearing, how many tattoos you've got, or whether you voted in or out, we’d love to connect with you.

Mondays, 12:12pm. A time of prayer inspired by Romans 12:12: Rejoice in hope, be patient in tribulation, be constant in prayer. Join us for TGI Mondays.

Weekly Life Groups. Being plugged into a supportive community at this time is a game-changer. Mson Welding Cable Panel MConnector Socket Set plug and Socket D

Please view this page for latest updates and information regarding opening hours and deliveries.

Book a ticket and join us to worship God and share precious time together at our Sunday morning service. We're now meeting in-person, in the Chapel building, wherever possible. DOORS OPEN 10:45 AM; SERVICE STARTS 11 AM

Take me straight to Church Online!

If you are a student or young adult and you are new to London, we’d love to warmly welcome you to the city and also to Westminster Chapel!

Have you joined a LifeGroup?

LifeGroups are the hub of friendship, discipleship and outreach at Westminster Chapel.

Get Connected, download sermons, join a Life Group, keep up with events - stay up to date, wherever you are.

Westminster Chapel provides free audio downloads of its Sunday messages so you can access them from your computer or mobile device.