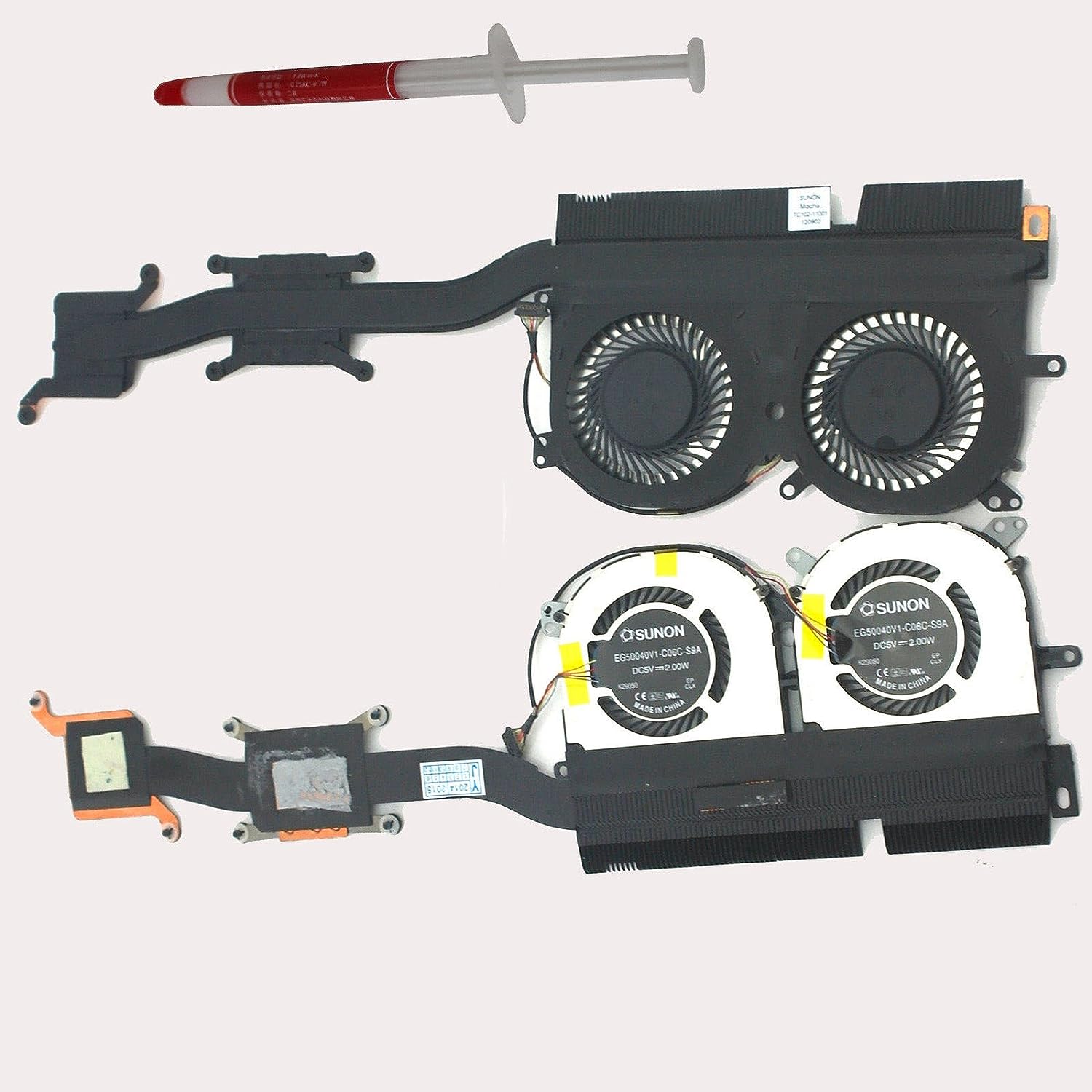 It’s (probably) not a murder hornet.

So, Vespa mandarinia still continues to capture the imagination of people across the US.

The Washington Department of Agriculture recently confirmed the first sighting in 2021. So, right now seems like a good time to give an update.

Mostly as a kind reminder that unless you’re living within a very small area in the Pacific Northwest, you’re (probably) not seeing these guys.

Our Logo: a Curious Mexican Treehopper

Posted on August 3, 2021 by JoanieTheEntomologist

Here I’m sporting a new shirt that has our Ask an Entomologist logo. It is very soft and comfortable. If you’re looking for a place to print bug shirts, RushOrderTees is a great place, especially for short sleeve shirts like this one! I’m wearing a women’s medium and the color is light blue.

More about the logo

Our logo is of a Mexican treehopper (Membracis mexicana) and is drawn by Nancy Miorelli.

What is an entomology extension agent?

Posted on July 20, 2021 by JoanieTheEntomologist

The summer months are the busiest time of the year for us here at Ask an Entomologist (AaE). We receive hundreds of emails asking all kinds of questions. Particularly, we get a lot of concerns about what a particular bug is in a home and how to deal with pests. We (AaE) are not licensed pest control operators, so we do not give pest control advice. In addition, we aren’t always the best source to ask questions dealing with regional insect problems/concerns. Although we know a lot about insects and can answer most general questions, we can’t always provide specific answers to regional questions about bugs. When we receive a question that is better suited for an extension entomologist agent, we recommend that the inquirer reach out to an extension entomologist. Sometimes their reply is, “what is an extension entomologist?” and/or “How do I reach an entomology extension agent?”

So let’s talk about some weird bees!

This month, we got a pair of questions where people were asking about weird bees.

I was taking pictures of bees in my garden and I saw one that looked like it had a ball of cotton in its mouth. The white stuff was about the size of the bee’s head. Know anything about that type of thing? I can email pics if needed. Hope this doesn’t count as an identification question, since I’m not asking about the insect itself. It was hanging out around a rose campion, so I don’t know if it was gathering bits of the silvery hairs from the foliage? It seemed more interested in the foliage than the flowers.

Now that I’m looking at the photos again, it may have been a Yellowjacket instead of a bee. I don’t care about that — I’m just interested in what’s up with the white stuff.

-Curious about Bees, via email

Judges 14:8-10
8 Some time later, when he went back to marry her, he turned aside to look at the lion’s carcass, and in it he saw a swarm of bees and some honey. 9 He scooped out the honey with his hands and ate as he went along. When he rejoined his parents, he gave them some, and they too ate it. But he did not tell them that he had taken the honey from the lion’s carcass.

This verse is from bible, from the book of Judges. I googled about a bee that actually converts dead body to honey. Can you throw some light on this? I am interested to learn about this. Thank you for your response.

We love weird bugs, so let’s just get into it. Straight-up.

Is a mosquito a parasite?

Posted on June 22, 2021 by JoanieTheEntomologist

“Please settle a family argument- Is a mosquito a parasite?”

Besides cicadas, what other insects swarm?

Earlier this week, I had a conversation with journalist Clare Proctor about some flies which were swarming over Chicago.

Earlier this month, Chicago was overrun with some kind of fly. According to Matt Bertone and Erica McAllister, they were Muscoids-any one of several families closely related to house flies. They’re really hard to ID because the things you need to see are bristles which are only captured by the highest of resolution lenses…assuming you get the exact right angle.

Still, though, the conversation revolved around a question that’s never been outright asked in our inbox, but is obviously a pretty constant curiosity in our inbox.

Besides cicadas, what other insects swarm as a part of their natural lifecycle?

Studying Entomology as a Math and Physics Double Major

Posted on May 18, 2021 by JoanieTheEntomologist

Question: “Hey there! I was wanting to ask something related to studying entomology. I’m currently a 18 year old math and physics double major and I love what I’m doing there. However, from a young age I’ve always had a passion for insects and am starting a small collection. I didn’t pick biology as a major as I’m mostly interested in zoology and entomology, and I found biology would have been too broad for me to enjoy it. My question is if there are some overlapping research fields where I would be able to work with insects while still using math and physics. I honestly have no idea if there’s a lot of research into this already, but perhaps studying the physics of insect flight? Is such an overlap even possible? I’m curious to know what a professional thinks about it :)”

“Is such an overlap even possible?” – short answer, yes! Let’s discuss.

It’s the start of field season, so Joanie, myself, and Nancy all have had a lot to plan for this month.

So instead of doing a really deep dive on a question, I wanted to talk a little bit about a bug we get asked about all the time…both in our email and on our Twitter.

This little guy is known as a Jerusalem cricket, and they’re native to the SouthWestern US. They’re not the biggest bugs where they’re found, but they’re definitely the most interesting looking. Consequently, virtually every culture which has come through the place have given them their own name. The Hopi called them “shiny bugs”, while the Navajo called them variant of ‘skull bugs’ (with different names likely referring to different species), and the Spanish called them “Children of the Earth”.

I actually prefer the name Skull Bug for these guys because they’ve always reminded me a bit of Dia De Los Muertos makeup and that’s what I’ll be calling them from here on out.

Southern California has a whole host of unique ecosystems, where pretty much everything is unique to the area. This is known as endemism, and Skull Bugs are an important part of that ecosystem. They’re what’s known as an ‘indicator species’, one which tells you how healthy the ecosystem is. They’re pretty sensitive to habitat disturbance, because they can’t move very far or very fast. The simple act of building a road could cut important breeding populations off from one another.

Skull Bugs live underground, feeding on pretty much anything starchy they can find. They’re also happy to eat other insects, if the opportunity arises. They can damage potatoes, but they’re not crop pests. Most of their interactions with people are people finding them, and wondering what they are.

These guys are solitary and feircly territorial. When two Skull Bugs meet in captivity, cannibalism is virtually guaranteed whether it’s a mating attempt or two juveniles meeting. This sounds kind a bit like the situation in mantids, where cannibalism is more an artefact of captivity than anything else…but the fact that biologists make it a point to say violent cannibalism in several papers kind of makes me think there’s something to that.

It’s pretty obvious why these guys catch everyone’s eyes. They’re just…cool bugs, and there’s a lot to love about them.

Can Gordian worms infect humans? Also, what is ‘pseudoparasitism’?

We get a lot of weird questions in our inbox about parasites. Most of them, we can’t answer because doing so would amount to giving medical advice…but every so often we get a question completely out of left field. Like this one:

Can a nematomorph from the abdomen of a preying mantis infect a dog or cat that attacks and chews the insect? My cat keeps killing mantises on my deck; it’s mortifying because I love them. A lot of them seem to be infected with nematomorphs. Could it get into my cats digestive system and do harm?

When it comes to doctors and invertebrates, I’m notoriously skeptical because there’s a long history of doctors misdiagnosing brown recuse bites. Rick Vetter-one of my personal heroes-made a long career out of simply pointing out that diagnosis of brown recluse bites do not correlate with the known range of the critters…a series of mistakes which likely masked the rise of community acquired antibiotic resistant flesh-eating bacteria.

It’s not often that I hear a new medical claim, so this was absolutely something I wanted to check out.

Posted on March 23, 2021 by JoanieTheEntomologist

One of the emails we got this month led to an interesting answer. A nonprofit director asked some questions about an earwig for their kids they teach. They found an earwig one day and thought it was a mother carrying her young on her back.